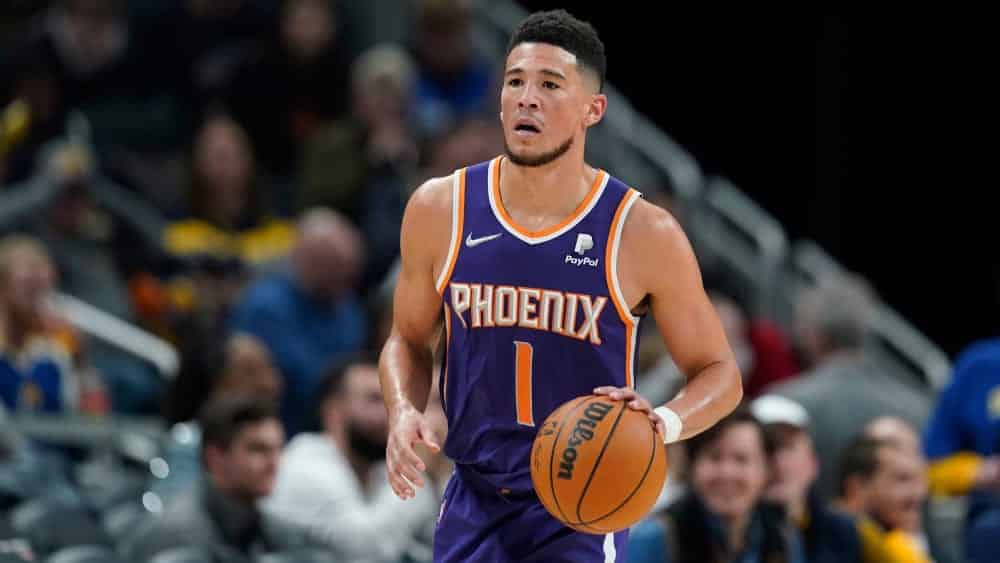 While the Phoenix Suns consolidated their top spot, the Dallas Mavericks extended their strong run. Franz and Moritz Wagner took another beating. The NBA on Tuesday morning.

Thanks to Devin Booker, the Phoenix Suns continued to hold off the Golden State Warriors in the Western Conference and defended their lead in the standings. The 25-year-old scored a whopping 48 points in last year’s 121-107 finals win over the San Antonio Spurs on Monday night (local time)

Luka Doncic also impressed on Martin Luther King Day, recording a triple-double of 20 points, 12 assists and 11 rebounds in his Dallas Mavericks’ 104-102 win over the Oklahoma City Thunder. Maxi Kleber added eight points. The Mavs have now won nine of their last ten games and are heading for the play-offs.

On the other hand, there was another defeat for the Orlando Magic around brothers Franz and Moritz Wagner, who scored 14 points each. The two Berliners could not prevent the 88-98 defeat against the Portland Trail Blazers, the 37th loss of the season. The Magic had to do without coach Jamahl Mosley, who is on the NBA’s Corona List.

Isaiah Hartenstein celebrated a 139-133 win over the Indiana Pacers with the Los Angeles Clippers. In his second game back from injury, the German international scored nine points in just under 15 minutes and had a good shooting percentage of 75 per cent.