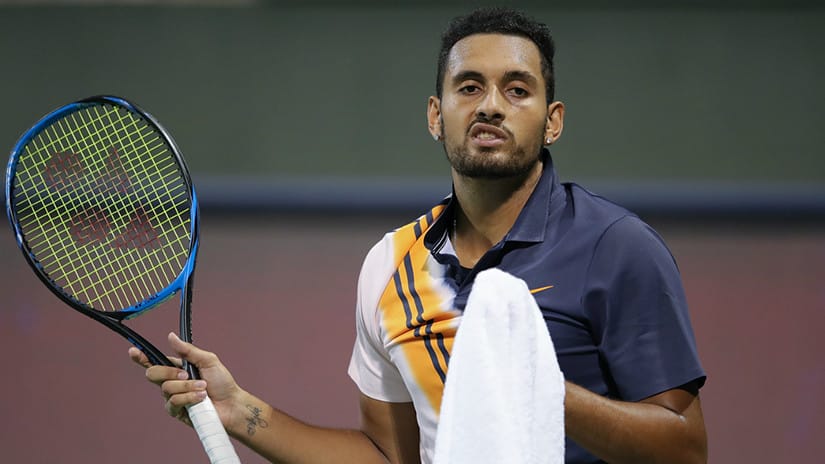 World number 38 Nick Kyrgios suffered a shock defeat in the first round of the Shanghai Masters and spent a considerable amount of time arguing with the umpire. The row stemmed from umpire Dumusois saying that a point was ‘really borderline’ and Kyrgios took that as the umpire telling him that it was poor.

Clearly riled by the umpire’s comments, Kyrgios turned to the umpire to sarcastically ask ‘was that borderline?’ after he had served an ace. Whether the altercation took its toll on the player, or he simply had a bad day, there was no denying that Kyrgios didn’t turn up. He lost five straight games from 4-4 in the second set and ended up out of the Shanghai Open at the first hurdle. The match ended 4-6, 6-4, 6-3 to American qualifier Bradley Klahn (104 ranking). 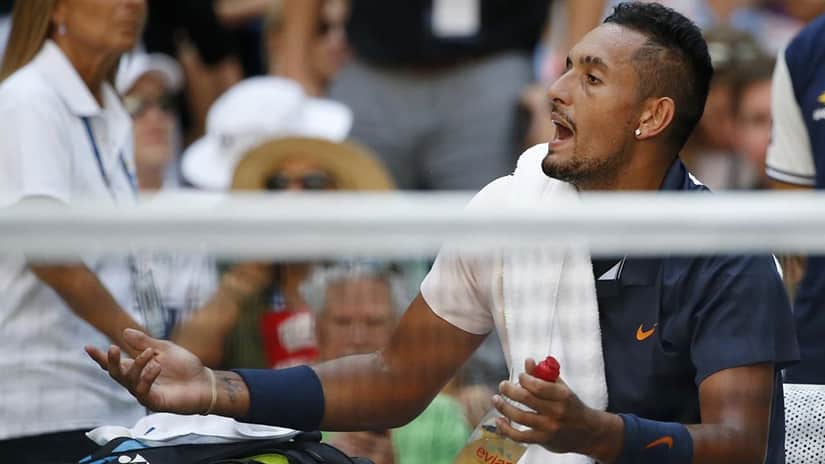 Previous frustrations in Shanghai for Kyrgios

Kyrgios has a history for getting frustrated in Shanghai. In 2016 he caused controversy when he started walking off the court whilst his opponent was still serving, for which he was fined. Then in 2017, he hit two balls out of the court in anger to receive a warning before then walking off in the middle of his first-round match. It is fair to say that there is something about Shanghai that just doesn’t seem to agree with Kyrgios.

Umpire ‘pep-talk’ at the US Open

Earlier this year he was embroiled in further controversy as umpire Mohamed Lahyani was adjudged to have given him a pep talk at the US Open, which the umpire was later given a ban for. 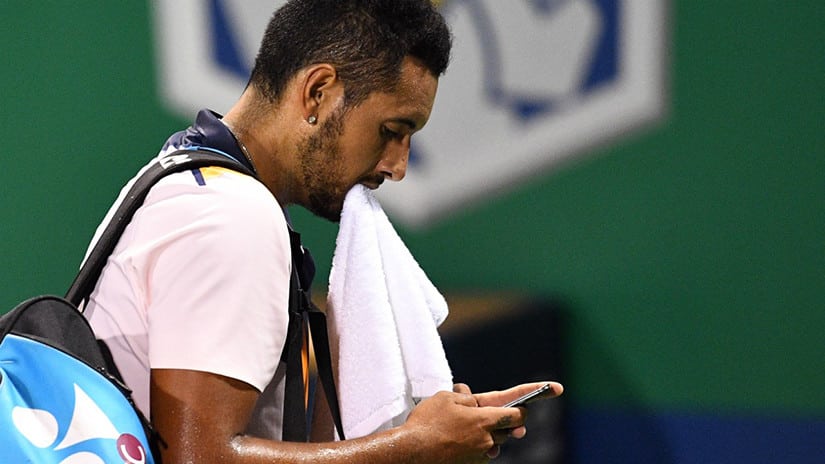 Kyrgios seems to perform considerably better on home soil, which is where he picked up his one title this year at Brisbane. His previous three titles came in 2016 where he won in Tokyo, Atlanta, and Marseille.