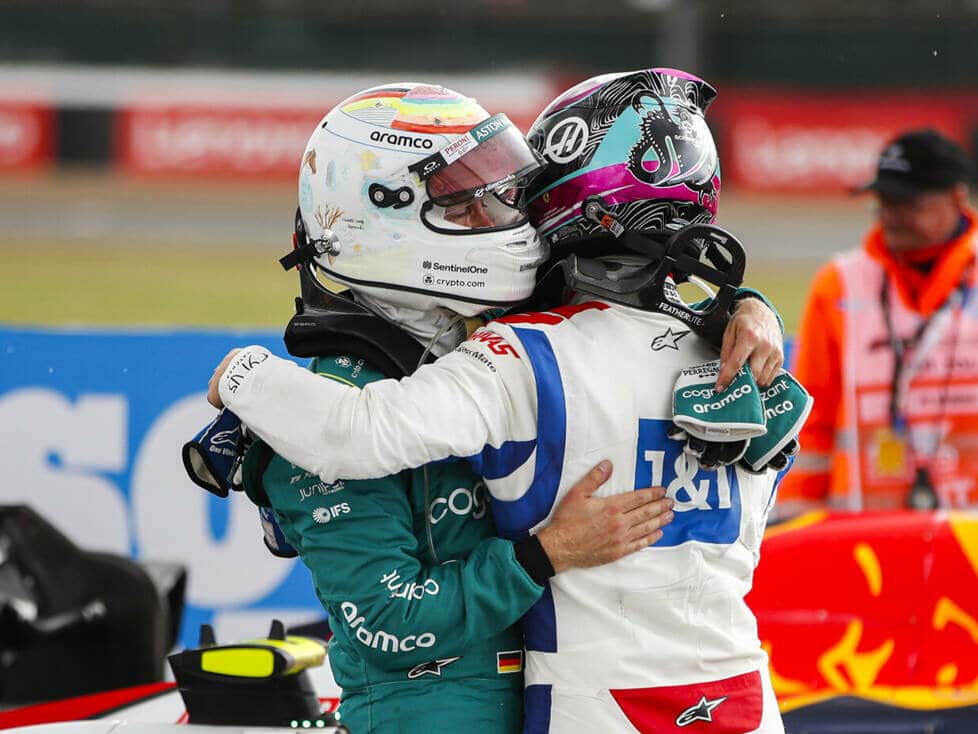 Sebastian Vettel could well imagine Mick Schumacher as his successor, but sees Aston Martin as having a decision to make – Mick will miss friend

With Sebastian Vettel set to retire at the end of the season, the question arises as to who will replace the German at Aston Martin in the coming Formula 1 year. One name that is being mentioned time and again is that of his compatriot Mick Schumacher, who could take the next step at Aston Martin.


Vettel had spoken only briefly to team owner Lawrence Stroll on Wednesday, informing him of his retirement. “We had talked very, very briefly about what could be next,” the German confirmed.

Schumacher could envisage Vettel as his successor in that regard. “I have a high opinion of Mick,” he says. “Of course, I’m not completely objective, though, because I’m very close to him. But I think he’s a great driver. And he is a learner who continues to learn even when others stop making progress. He has his qualities, but he’s also very young. “

Vettel knows: He himself has no decision-making power in this respect. “If I’m asked, I give my opinion and don’t hold back, but in the end the team has to make the decision.”

Schumacher himself tries to play down the emerging rumours when he is told about Vettel’s support: “I think there is still a lot to do here and that is the focus at the moment,” he says. “What the future brings, we will see. I never say never, but my focus is currently Budapest with Haas. “

Mick: Vettel is lacking especially off the track

He was informed by Vettel via text message on Thursday that he will retire at the end of the year. He is not happy about this, of course, because he will lose a friend and mentor in the field who will leave a “big void” in the sport

“He is a great character in Formula One and a special person,” said the Haas driver. “And he’s a very lovely person who I’m going to miss very much. “Schumacher will lose an important person of reference, especially off the track.

“It’s about much more than just the races,” he says. “It’s being able to visit him in the evenings and have dinner with him. That’s what I’m really going to miss. He’s just someone I can talk to in my own language. He will be very, very missed by everyone, but especially by me.”

Schumacher was not surprised by his friend’s decision, however; after all, he knows him very well. “I feel and I know that he wants to do other things. I think if he feels it’s the right time, then he should do it. Sometimes it’s just a gut feeling, so from that point of view I support it 100 per cent. “

Will Vettel remain as spokesman?

And the Haas driver is also convinced that Vettel will generally be missed off the track. For some time now, the four-time world champion has been concerned about many issues such as the environment and politics and is one of the spokesmen among the drivers. Most recently, he was even fined 25,000 euros on probation by the FIA for leaving a meeting in a huff.

“Nobody can replace Sebastian, that’s a fact,” says Schumacher. “It’s important to have someone who raises his voice and addresses things.” He believes that Vettel has also started an avalanche with this: “I’m sure more drivers will raise their voices and say what they think.”

But Vettel is still part of Formula 1. “He hasn’t stopped yet. And as he said in his video, there will be more to come,” Schumacher said. “I’m sure we can all learn from what he still has to say. I’m sure he will still have a weighty voice in Formula One, even if he doesn’t drive himself anymore. “