Neuer and the big difference to Lewandowski 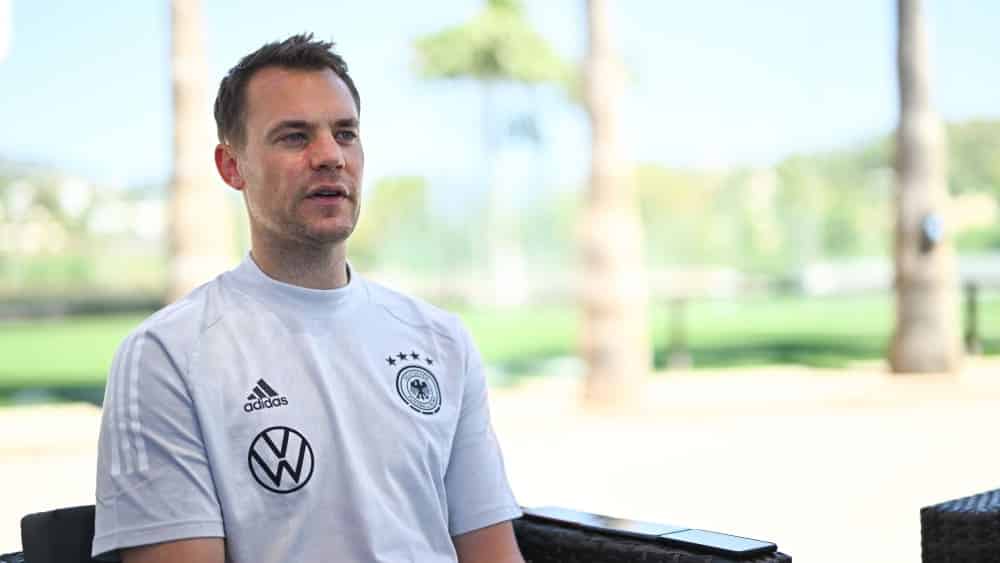 During the regeneration training camp with the national team in Marbella, the captain of the DFB team spoke about his contract extension and the personnel situation in Munich.


There is another way, “completely relaxed”, as Manuel Neuer says. While in the case of his colleague Robert Lewandowski (33), the advisor has already consigned the cooperation between FC Bayern and the goal scorer to the history books, in his case, the keeper has succeeded “without turbulence” in extending the cooperation, which began in 2011, until 2024. This duration, a major point of contention with Lewandowski and accepted without complaint with Thomas Müller and ratified since the beginning of May, “was one of my wishes”, explained Neuer, because “in principle it is two years”. Moreover, he is now 36 years old, and two years is “a certain amount of time”. Afterwards, he and FCB sports director Hasan Salihamidzic want to “look each other in the eye and talk normally like men” if Neuer’s performance and fitness are still right. “That’s why,” said Neuer, “it had been my wish that we don’t form another long-term contract beyond 2024. “

Absolutely rational is the FC Bayern captain’s assessment of the Lewandowski case. “Robert Lewandowski has clear ideas, just as the club has clear ideas,” Neuer introduces, pointing out that his contract with the number 9 is still valid until 2023, which is why he is “still tied to the club”. However, should the world footballer wish to leave the club, “there will be talks, and then the club will have to weigh up whether it makes sense to sell Lewy – or whether they want to keep him after all.

In the event of a sale, it would depend on the new signings for the striker position. “The club has always put together a good squad and we have always had a top team in recent years,” Neuer added, and therefore he was “confident” that “the right decisions” would be made. Confirmation of this thesis should lie in the fact that Neuer saw a squad that was also capable of competing and winning titles internationally as an important prerequisite for his contract extension and, as a leading player, should have some insight into personnel planning.

Against Italy, England and Hungary “the bar is a little higher “

As the goalkeeper spoke about himself and Lewandowski during the German national team’s regeneration training camp, the actual reason for the Marbella stay – arrival on Monday, departure on Friday – was still being discussed, the active holiday with training in the morning followed by regeneration. “There is not much time left,” said the captain of the DFB selection with a view to the upcoming four games in the Nations League, the delegations from Italy (twice), England and Hungary being comparable to top opponents in the preparation for the World Cup. Against such challengers, “the bar is a little higher,” said Neuer, adding that good results in such comparisons with top-flight players from the global football world are exhilarating. With the prospect of the World Cup in Qatar in mind, Neuer said: “The programme is already very full. “