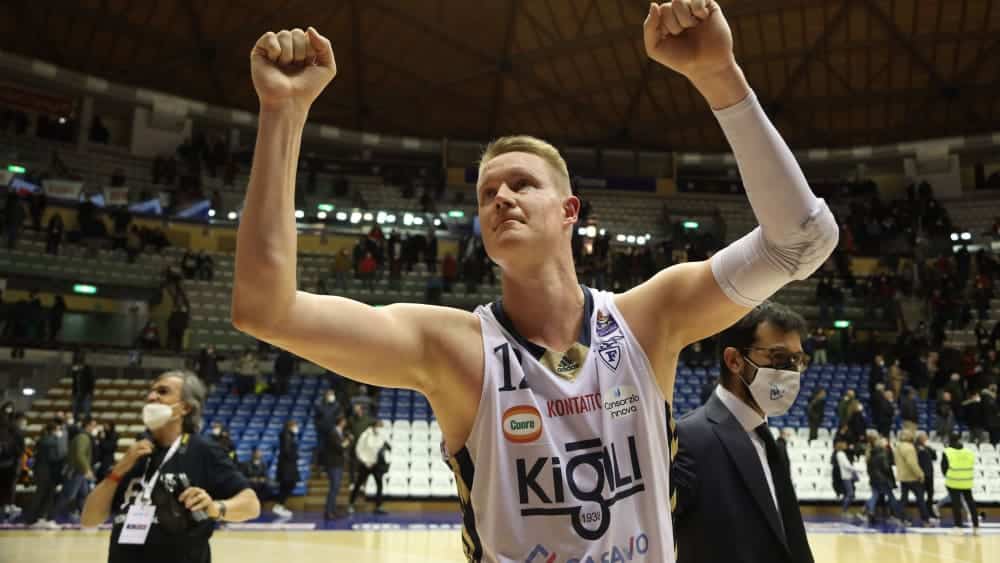 The German basketball team will surprisingly be without captain Robin Benzing for the home European Championships. The 33-year-old was dropped from the squad by coach Gordon Herbert after the test match victory (68:66) in the Netherlands.

Besides Benzing, Kenneth Ogbe (EWE Baskets Oldenburg) and Leon Kratzer (Telekom Baskets Bonn) will also be out when the team meets in Hamburg on Tuesday after three days off.

Herbert will continue the preparation for the European Championships from 1 to 18 September with 14 players. Nick Weiler-Babb, who has just been naturalised, is expected to join the team in Hamburg. The Bayern Munich professional is currently still in his home country, the USA, for family reasons. Whether he will make his debut in the Germany jersey at the Super Cup on Friday and Saturday depends on when he actually arrives in Germany.