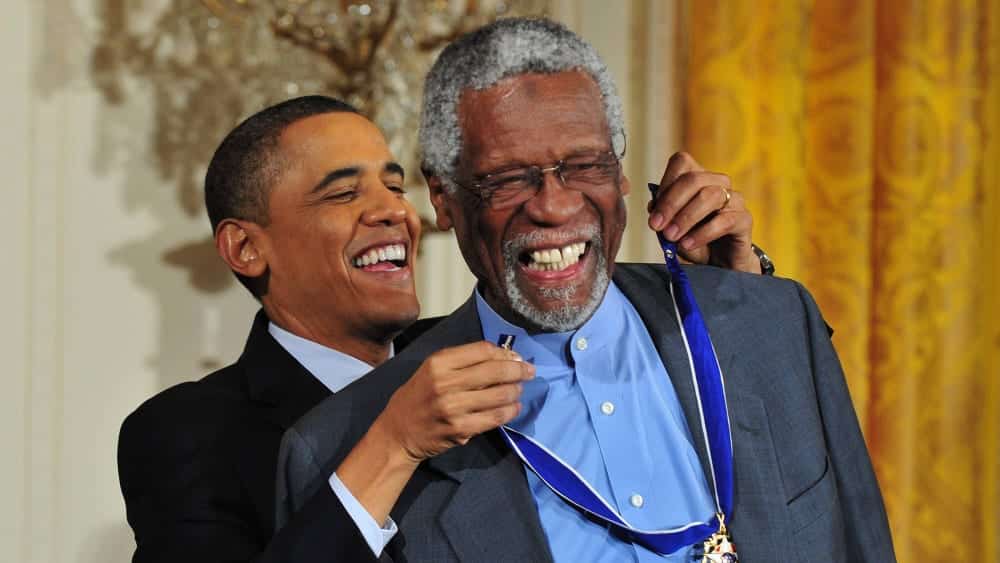 Numerous celebrities even beyond sports have paid tribute to the late American basketball legend Bill Russell.

“Bill Russell is one of the greatest athletes in our history – an all-time champion of champions and a good man and great American who did all he could to deliver on the promise of an America for all Americans,” wrote U.S. President Joe Biden.

The most successful NBA pro in history had died peacefully alongside his wife Jeannine at the age of 88, Russell’s family said on his official Twitter channel on Sunday. “Today we lost a giant. As great as Bill Russell was, his legacy extends beyond – both as a player and as a person,” former US President Barack Obama tweeted.

Russell was one of basketball’s greatest and most influential players. He won the NBA championship as a centre with the Boston Celtics eleven times between 1957 and 1969 – more times than any other player in the world’s best league. In addition, he not only played on the court in 1968 and 1969, but also coached the Celtics, becoming the first black head coach to win two NBA titles.

“Bill Russell was a pioneer – as a player, as a champion, as the first black NBA head coach and as an activist. He paved the way and set an example for every black player who came into the league after him – including me,” said NBA legend Michael Jordan. “The world has lost a legend…may he rest in peace.”

On and off the court, Russell consistently championed the fight against racism, including demonstrating with Martin Luther King. In 1961, he boycotted a game to draw attention to racial discrimination against blacks in basketball.