HomeMotorsportsMotoGP riding technique: Why Bagnaia is impressed by Stoner and Miller
Motorsports

MotoGP riding technique: Why Bagnaia is impressed by Stoner and Miller 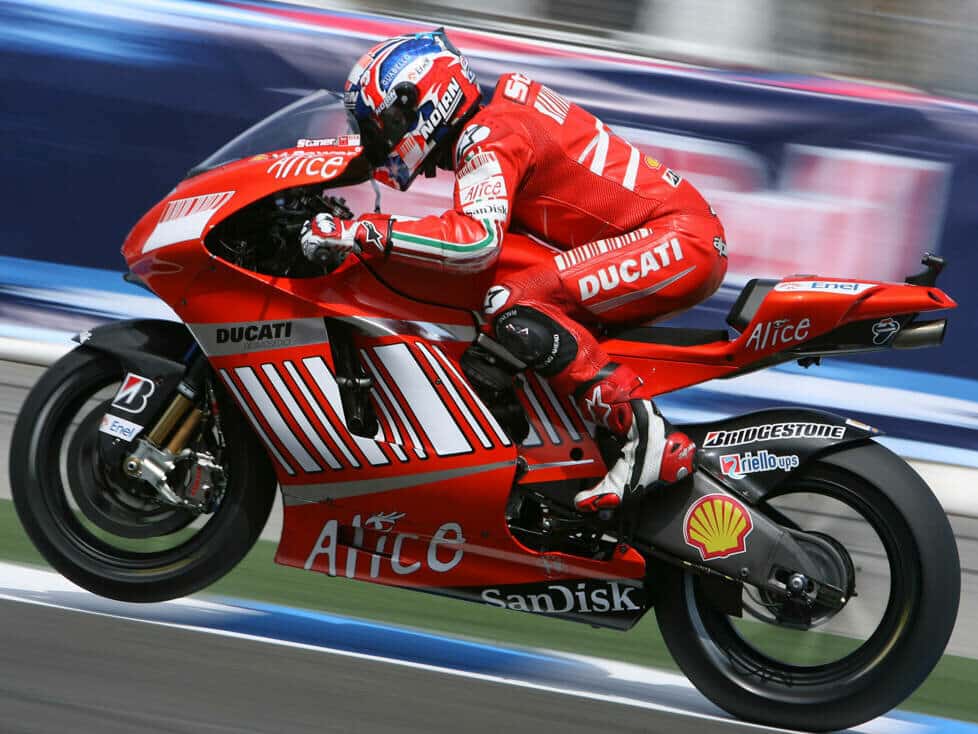 The riding style in MotoGP has evolved over the years. With technical development, new riding techniques have become possible. Former world champion Casey Stoner is considered a pioneer in this field. With his natural talent, Stoner was able to perform manoeuvres that usually made his brand colleagues despair.

“I have talked a lot with Gabarrini about it,” Bagnaia confirmed in an interview with ‘GPOne’. “It’s fascinating to talk to him about the riding styles of the riders who have worked with him. He shared with me that Casey was always very good at understanding how much grip the rear wheel has and how much power he can use. “

This was at a time when traction controls were not as sophisticated as the modern systems are now. And that was on a bike like the 800cc Ducati, which was unrideable,” marvels Bagnaia, recalling the Desmosedici with its aggressive 800cc engine, “The power kicked in abruptly. Everything had to fit together and Stoner always got the maximum potential out of it. “

“He used the rear brake very intensively. In his two years at Honda he was already reducing it because the technology had evolved. It was fascinating to see Casey riding at that time. He was doing great things with a bike that was unrideable. He adapted and made a big difference,” praised Bagnaia.

When it comes to rear brakes, there is also one rider in the current field who stands out, according to Bagnaia: “Nowadays Jack Miller is the rider who uses the rear brake the best. Jack and I use the rear brake very intensively on corner exit to minimise the intervention of the traction control. We use the brake to limit the tendency to do wheelies.”

“Jack also uses the rear brake very well on corner entry. He is the orientation for me. He forces the bike to turn in on the final part of the corner entry. I, on the other hand, cross the bike on the exit of the corner,” the 2021 vice-champion compares his riding style to that of his teammate.