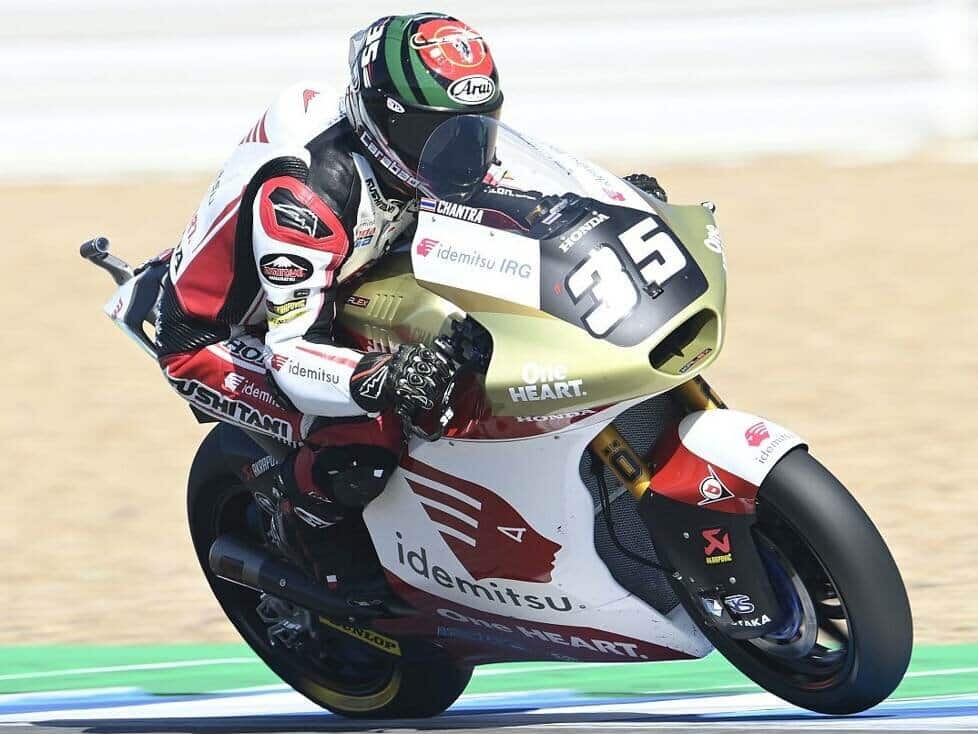 Pedro Acosta set the fastest time in the second Moto2 practice session for the French Grand Prix. However, the Spaniard was a tad slower than Somkiat Chantra in the morning practice, which is why the Thai remained Friday’s fastest rider. Marcel Schrötter also had a crash in FT2, but at Le Mans the German was among the front-runners

In the much warmer afternoon practice session, the riders worked on their set-up and race pace in order to set consistent lap times. Race preparation was the focus.

In FT1 there had been a collision between Celestino Vietti and Aron Canet, Vietti having been the cause of the crash. However, the race control did not pronounce a penalty. Similar to the other classes, there were again numerous crashes and slips in Moto2.

Sam Lowes, Albert Arenas, Alonso Lopez, Stefano Manzi, Marcel Schrötter, Canet, Manuel Gonzalez, Gabriel Rodrigo, Filip Salac and Niccolo Antonelli were the long list of riders who crashed. All of them were okay. For Schrötter it was already the second crash of the weekend.

Another fast crash in Moto2

As in the morning, the German’s mishap happened in the closing stages when most of the riders were chasing times. Augusto Fernandez set a new lap record of 1:36.030 minutes, but this time was cancelled due to yellow flags.

Finally, Acosta set the best time in FT2 with 1:36.166 minutes. However, this was slower than the 1:36.108 minutes set by Chantra in the morning practice. Thus, the Thai remained ahead in the overall results.

A BIG lap for @37_pedroacosta

With his second fastest lap, Fernandez finished third, followed by the Marc VDS duo of Lowes and Tony Arbolino. Apart from his two crashes, it was a successful day for Schrötter, who finished sixth by just under half a second.

Behind him, Manzi, Jake Dixon, Ai Ogura and Albert Arenas rounded off the top 10 result. In the overall results of the two free practices, Vietti, Barry Baltus, Alonso Lopez and Canet also hold the provisional Q2 places overall as of Friday.

The third practice session starts on Saturday at 10:55 am. Qualifying for the intermediate class will take place from 3:10 p.m.

Overview of confirmed riders for the 2023 MotoGP season