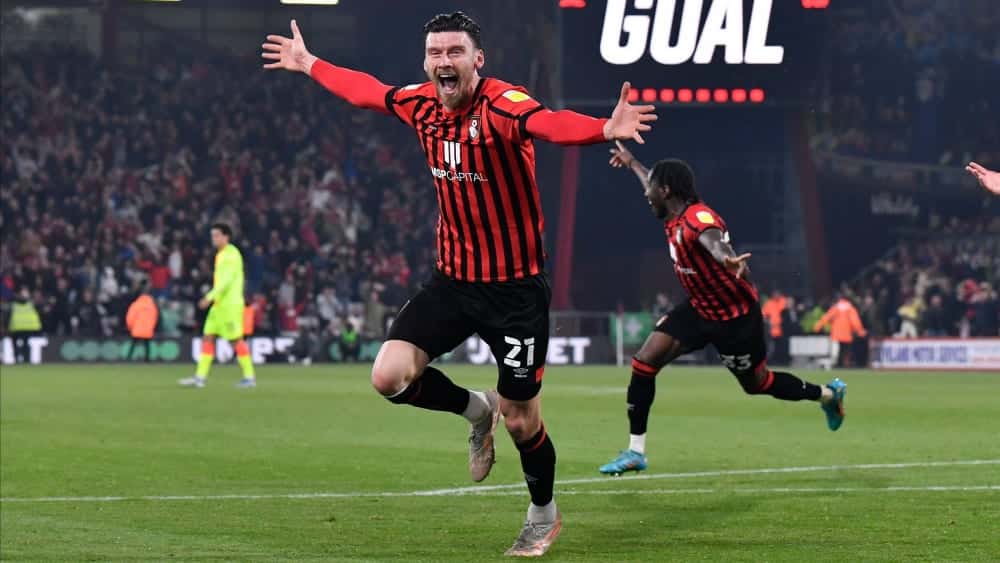 AFC Bournemouth won their Championship replay against Nottingham Forest to secure promotion to the Premier League. Moore scored the goal of the night.

This match was a catch-up and a top match at the same time – that was already clear before the game. After all, with Bournemouth the second of the Championship received the third from Nottingham.


Bournemouth had their sights set on direct promotion, but Nottingham Forest had the better chances in the first half: Surridge hit the crossbar in the 9th minute and Johnson’s shot was cleared on the line by Zemura (30th). Bournemouth were most dangerous from a cross which Christie narrowly missed (28th).

After the break, the balance of power shifted as the home side dominated the game. Solanke opened the second half and hit the outside of the net (52.).

The guests from Nottingham, on the other hand, acted passively and were increasingly forced into the defensive. Bournemouth came close to scoring again, but first Billings failed with his cross to Nottingham’s keeper Samba (66). Anthony’s shot was also saved by the goalkeeper (71).

Moore broke the deadlock seven minutes from time when Billing took a free-kick and fed the attacking player, who finished into the far corner from a left-footed position inside the penalty area (83rd).

Nottingham rallied again, but even in the eight minutes of injury time, the visitors could not score again. The most dangerous moment came just before the final whistle when Surridge’s cross was cleared just wide of the first post (90.+8).

After that it was over and AFC Bournemouth’s promotion was sealed. At their home Vitality Stadium, the crowd flocked to the pitch to celebrate their return to the Premier League. Nottingham, on the other hand, will have to take a diversion via the play-offs to follow Bournemouth into England’s top division.