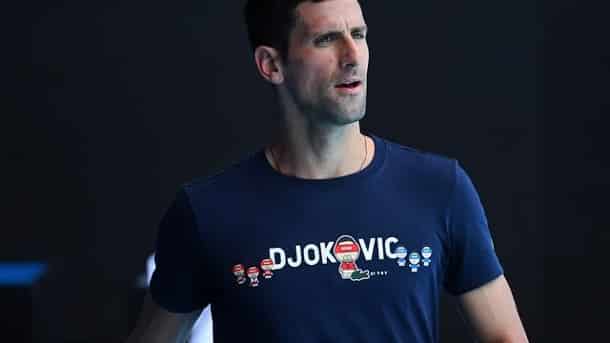 Madrid – In addition to the entry dispute in Australia, tennis star Novak Djokovic may also be facing trouble with the authorities in Spain.

Everything indicates that the 34-year-old Serb entered the EU country illegally shortly before New Year’s Eve, as the usually well-informed radio station Cadena Cope and other Spanish media reported. When entering the country, the world number one had neither presented a vaccination certificate nor applied for the special permit that is mandatory for unvaccinated Serbs in Spain, they said, citing the Spanish Foreign Ministry in Madrid. The government in Madrid had instructed the police to open an investigation.
According to media reports from Spain and Australia, among others, Djokovic was seen, photographed and filmed on 31 December and on 2 and 3 January in the posh Spanish resort of Marbella. There, among other things, he trained at the Club de Tenis Puente Romano and handed out autographs, as the renowned Spanish newspaper “El País” reported. According to the media, the Serb owns a house in Marbella in the province of Andalusia.

Meanwhile, the Australian authorities continue to wait with bated breath for a decision on whether Djokovic will be allowed to stay in the country and defend his title at the Australian Open from Monday. Last week, he was denied entry into the country because he has not been vaccinated against the coronavirus and the authorities did not have sufficient documentation of his medical exemption. However, because the border officials had not given him the agreed time for clarification, the decision was provisionally overturned by a judge on Monday.