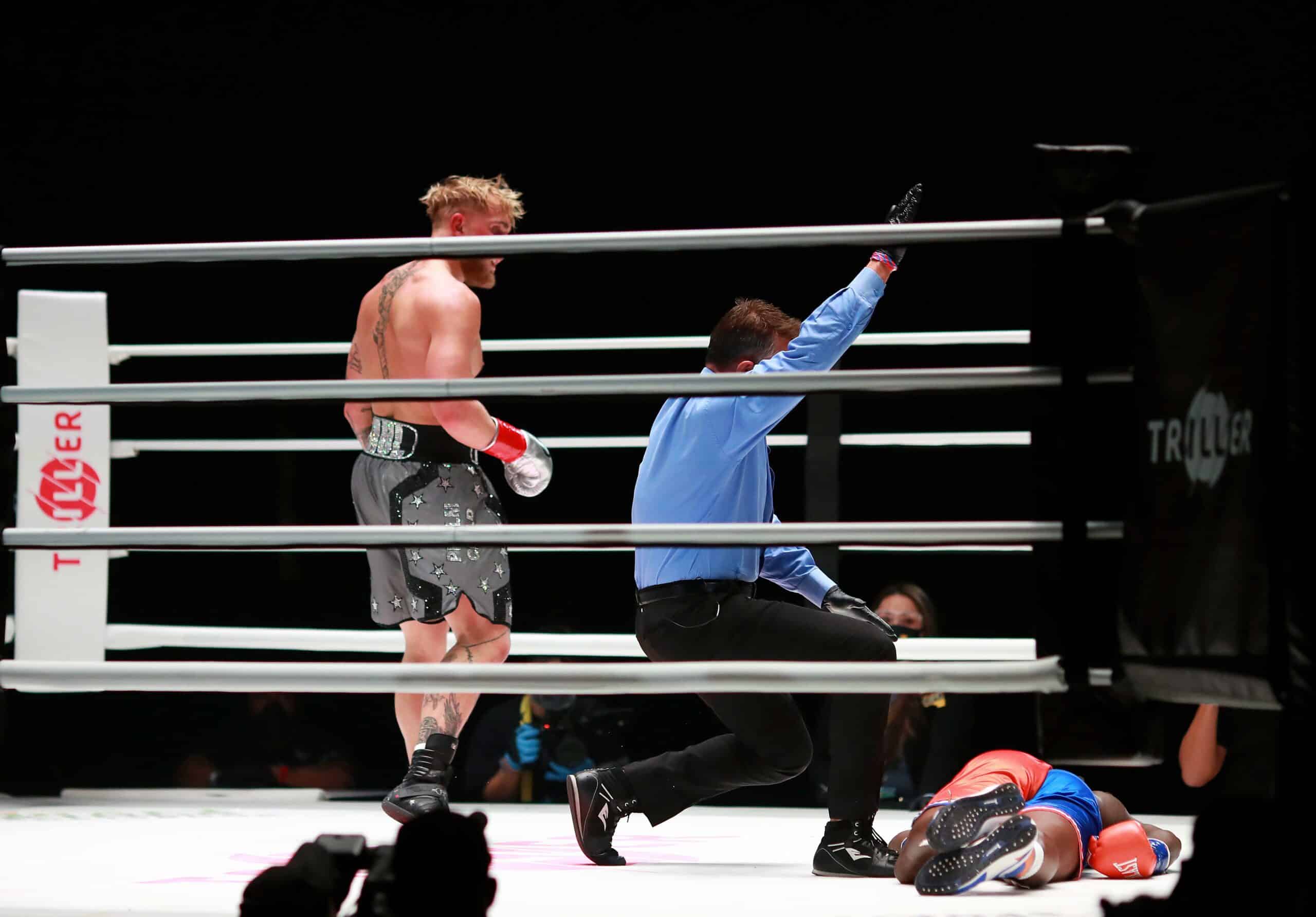 Jake Paul celebrates the next victory in the boxing ring. The former actor and YouTuber delivers a thumping knockout victory – challenging Dana White and the UFC.

YouTuber Jake Paul has scored the next victory in his second career as a boxer.

The social media star prevailed in his second duel with former UFC champion Tyron Woodley via a brutal sixth-round knockout. The former actor has thus won all of his five fights.

Paul was actually supposed to fight Tommy Fury, half-brother of heavyweight champion Tyson Fury. However, the latter had to cancel due to a chest infection and a broken rib, and the rematch against Woodley took place.

This one is also new to the boxing world and has now lost his first two fights, both to Paul. Pinned to the ground with a crashing right hand, Woodley slumped to the boards and stayed down. The referee immediately summoned the doctors.

Is Paul going to the UFC now?

Before the knockout, the two fighters had engaged in a rather subdued and evenly matched fight. Paul, whose entry into boxing has thrilled an audience of millions, especially in the US, later explained that he had been working towards the knockout.

“I set up that punch. I knew he was going to try to take the right straight. I had to twist it in like a hook.”

Where do things go from here for the YouTuber? It is possible that his boxing career is already over because he could devote himself to another martial arts discipline. Mixed martial arts and the UFC are possibly next on the agenda.

“If I can box at such a high level, why shouldn’t I pursue MMA at that level?” asked Paul. As usual, after his victory, he immediately directed a few clear words at the UFC and its president Dana White.