HomeBundesligaMazraoui instead of Pavard: What Hernandez has to do with it
Bundesliga 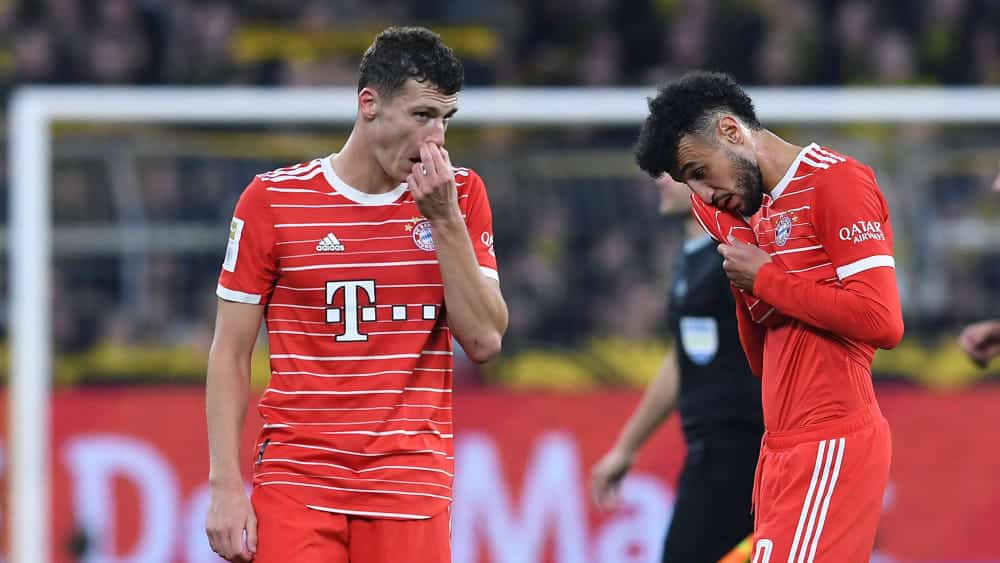 It is a luxury problem for Julian Nagelsmann: With Benjamin Pavard and Noussair Mazraoui, the Bayern coach has two in-form right-backs at his disposal. In contrast to the start of the season, the newcomer from Ajax Amsterdam is currently being preferred more often.


Nagelsmann doesn’t want to go so far as to say that Mazraoui has the nose in front in this duel, “not necessarily”, Nagelsmann’s reasoning in favour of Mazraoui: “He simply did very well against Barcelona, is extremely calm on the ball against aggressively defending teams, which is good for us.”

The Moroccan international’s technical class also stood out against Mainz, with the 24-year-old helping to set up the fourth and sixth goals. It was noticeable that Mazraoui often moved from the track to the centre, especially in the second 45 minutes, where he helped to create a personnel overload. Pavard has now played in 16 competitive matches, Mazraoui in 14. Pavard has scored an impressive three goals and two assists this season, including the Supercup, while Mazraoui has two assists to his name.


A weighty reason for Mazraoui’s current preference is Lucas Hernandez. Due to the Frenchman’s injury break, the personnel situation in central defence is not too abundant.

“We need Benji more and more in central defence because Lucas is still missing and the other two play a lot there. You have to weigh up whether Benji will play a lot of games as a right-back. Then he might not be as fresh for inside if we have to change there. So I have to think a little bit bigger,” Nagelsmann explained and expressed understanding should Pavard be unhappy: “That’s not pleasant for the player, but he’s simply covering two positions right now. “

It is quite possible that both will be on the pitch together on Tuesday evening in the meaningless final group game against Inter Milan. De Ligt was substituted at half-time against Mainz with thigh problems, a rest for the Dutchman suggests itself. Pavard would probably form the central defence with Upamecano in this case and Mazraoui would start on the right again.