HomeMotorsportsMax Verstappen in record hunt: "incentive and satisfaction" for the team
Motorsports

Max Verstappen in record hunt: “incentive and satisfaction” for the team 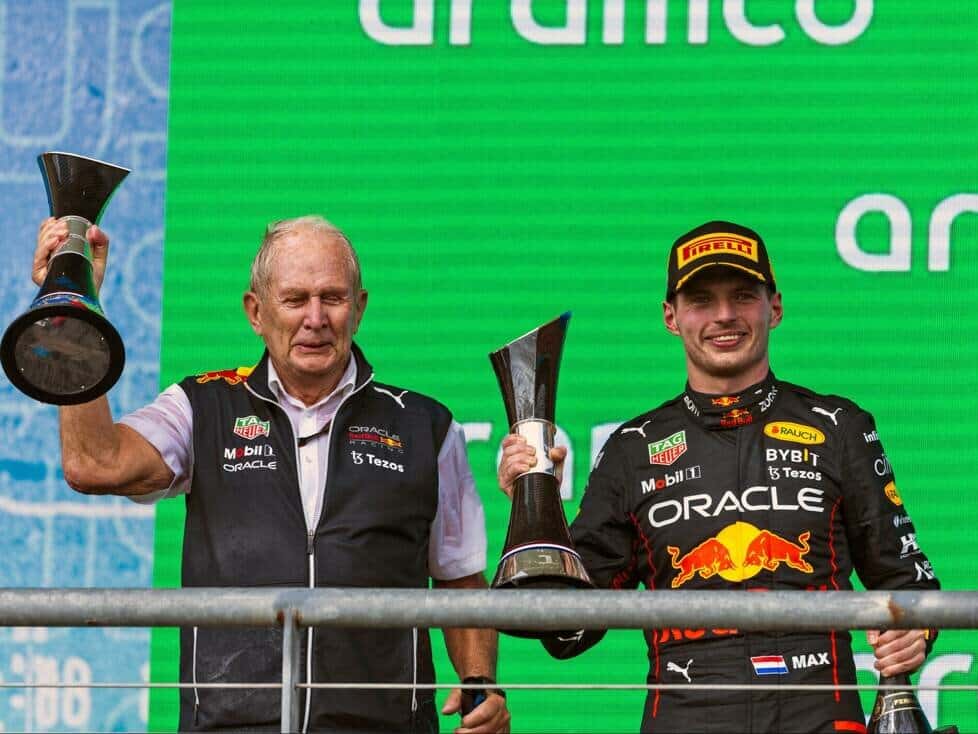 With his 13th win in a Formula One season, Max Verstappen joined the ranks of current record holders at the US Grand Prix. Only Michael Schumacher (2004) and Sebastian Vettel (2013) have managed 13 wins in a season before him. Now Verstappen is chasing the sole record.

There are still three races to go: Mexico, Brazil and Abu Dhabi. In a best-case scenario, Verstappen could therefore reach 16 wins this season. The magic mark of 14 wins could fall as early as next weekend. Verstappen is relaxed about this.

“I always say that we also drive more races per year. In that respect, it’s not always justified. And yes, we have a great season, but if you have a great car, of course you can win a lot of races,” said the Red Bull driver.

“Of course I am proud that I have won many races. But I don’t really look at those kind of statistics. I’m just happy when I win races. “

Red Bull Motorsport consultant Helmut Marko, when asked if the record of most race wins in a year would mean much to the team, also says: “Well, generally we are not so much into records. But of course: now the chance is there – and especially after the humiliating years in the hybrid era.”

“We didn’t stand a chance in that phase, when we didn’t have the most powerful engine. The fact that we can still beat all these records now is an incentive and also satisfaction,” the Austrian emphasises. In any case, the record of race wins would be the crowning glory of an already perfect season for Red Bull.

After Verstappen had already bagged his second drivers’ title at Suzuka, the team also managed to win the constructors’ world championship last weekend in Austin – a title still denied to them in 2021.

“Well, we are not a car manufacturer, but the constructors’ title means that the whole team has the recognition, as a whole team, of having been the best,” Marko describes the significance of this success, which, however, goes far beyond the emotional. Because there are also important bonuses associated with the title.

“And for us, these concern every single employee. So it’s quite a financial treat that will be distributed before Christmas,” says Marko happily.