ManCity outdone: Chelsea dig deep into their pockets for Cucurella 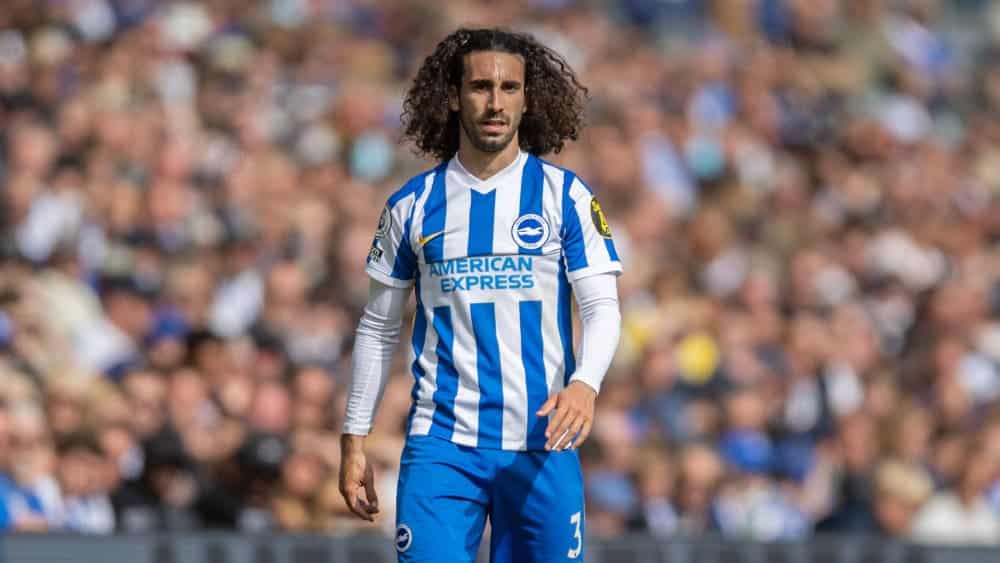 Manchester City had actually wanted to sign Marc Cucurella, but the asking price for the left-back was too expensive for the Skyblues. Chelsea FC, on the other hand, were not.


At the beginning of the week it was announced that ManCity were not prepared to pay at least 50 million pounds (approx. 59 million euros) – which opened the door for Premier League rivals Chelsea. The Blues intervened and brought Cucurella to Stamford Bridge instead. And now for a base fee of, according to reports, over 60 million euros, with another ten million euros in bonuses.

The Spaniard, originally trained at FC Barcelona, took his first steps at Eibar and Getafe, where he reeled off a total of 106 La Liga appearances in his younger years before moving to Brighton. The Seagulls transferred around €18 million to Getafe FC in the summer of 2021 to secure Cucurella’s services – now they are making a whopping profit.

Long-term contract with the Blues

After one season and 35 games in the Premier League, the 24-year-old has made the jump to a top English club: Chelsea FC, where he signed a six-year contract.

At the Blues, Cucurella is likely to be deployed as a track player on the left wing, where his biggest rival is England international Ben Chilwell. On top of that, the Londoners are now better equipped for the possible departure of Marcos Alonso, who is flirting with a move to his Spanish homeland.