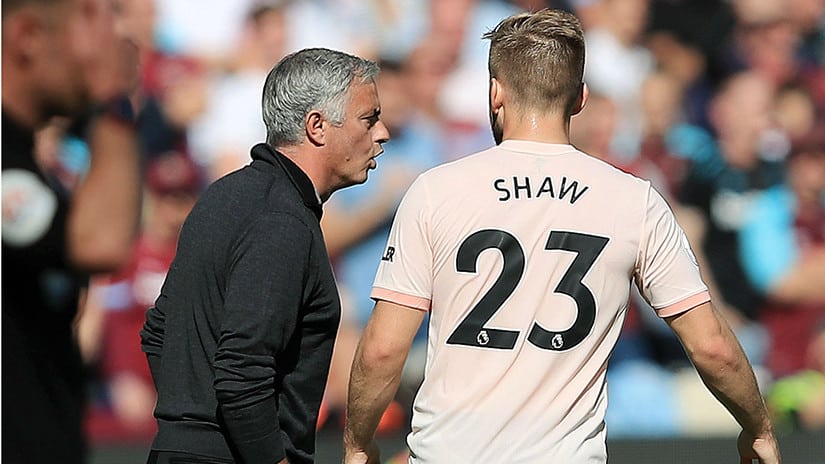 While speculations are mounting over the future of Jose Mourinho at Manchester United, left-back Luke Shaw spoke out in defense of his much-maligned coach.

Manchester United are off to their worst start to a league campaign since David Moyes was in charge in 2013-14. The Carabao Cup exit to Lampard’s Derby County only made things worse and preceded this weekend’s 3-1 loss to West Ham United, which was the latest poor result to put Mourinho under scrutiny. The Portuguese manager has been blamed for creating a tense atmosphere within the squad by publicly criticizing his players, with his broken relationship with Paul Pogba making headlines all last week. 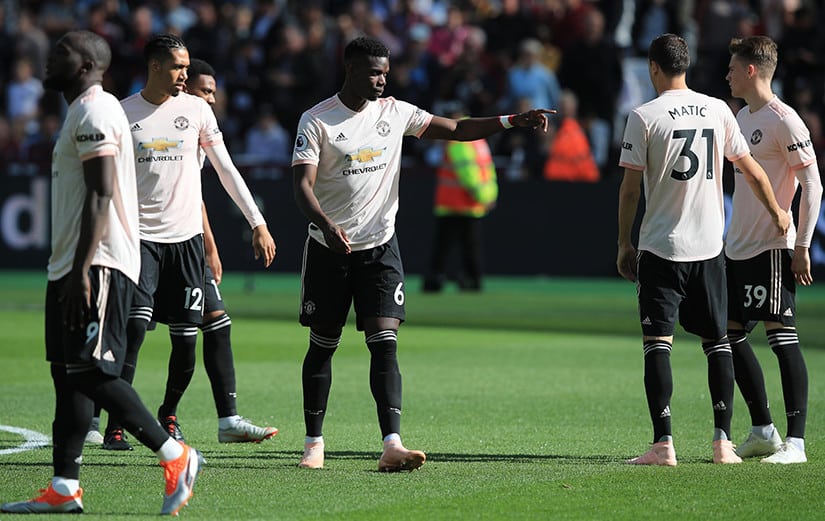 However, Luke Shaw was quick to stand up for his coach after the West Ham defeat.

“We have to look at ourselves as players,”

“You look at our team [against West Ham] and we had a very strong team. No excuses. As players, we weren’t good enough.”

We were “horrendous” – Luke Shaw

It is a harsh assessment by the left back, but a brutally honest one as well. Mourinho certainly has a negative influence on the entire situation. After all, the manager is the one who should manage and ensure the players are happy, but still. At the end of the day, the players are the ones who take the pitch and get paid handsome amounts of money to perform at a certain level – a level Manchester’s squad failed to even come close to at London Stadium.

“If you want the truth I think it was honestly horrendous,”

“I think individually and as a team we were awful.”

“From the first minute, you could see we weren’t winning the second balls and our duels. It’s hard to take. It just wasn’t good enough from us. That shouldn’t be happening.

“Games like this we should be dominating, creating chances, showing people why we deserve to play for Man United and that didn’t happen. It was very poor from us. Very, very poor.”

Luke Shaw’s support for Mourinho is another example of a divided locker room. There are players who agree with his managerial style and there are ones who don’t. Other than Paul Pogba, Alexis Sanchez and Juan Mata are two more squad members who have failed to cope with their pretentious manager. The Chilean hasn’t scored this season, has been substituted in the last three starts and wasn’t even in the team following a reported heated meeting with Mourinho ahead of the West Ham clash.

As Manchester’s form and results decline, speculations over a potential Zinedine Zidane appointment increase. The club dismisses the notion, calling it “nonsense”, at least for now.