Who Will Win Ballon d’Or 2018? Luka Modric Has The Biggest Odds 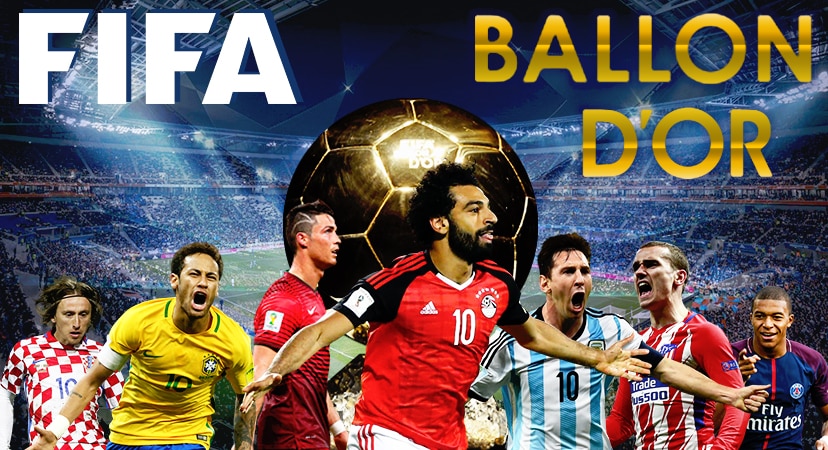 Mo Salah has provided us with another amazing performance and the chance of being crowned as Ballon d’Or winner for 2018. For the first leg of the Champions League Mo slaughtered his former team Roma with an astonishing performance in a 5-2 fantastic semi-final. The Liverpool talisman scored two fantastic goals in the first half. In the second half, he also assisted two goals as Liverpool made the most of their first Champions League semi-final in over a decade.

To win France’s Ballon d’Or award Salah has to push past Real Madrid and Barcelona stars Christiano Ronaldo and Lionel Messi. Although he can do this by leading the Reds to Champions League glory and impressing during this summer’s World Cup Finals.

A World Cup is an event where certain stars dim and others illuminate. In 2014, it was James Rodriguez who took the competition by storm. Now, it is Kylian Mbappe who leads the way.

The 2018 World Cup was supposed to give us a definite answer who will the 2018 Ballon d’Or. Instead, it opened the door for new contestants to join the race.

At the same time, players such as France’s Kylian Mbappe and Croatia’s Luka Modric have the football world buzzing.

Making the case for Kylian Mbappe and Luka Modric

Kylian Mbappe has been outstanding. The 19-year-old is playing like an experienced veteran. He’s not feeling the pressure one bit. Just the opposite, he seems to be enjoying it. His speed and quickness evoke images of Usain Bolt looking back at his opponents during a 100-meter dash.

The youngster is not a star in the making. He’s already a star. Mbappe is also worth every single penny Paris Saint-Germain paid and will pay for him. If France wins the title, he’ll be the one to deliver it. If you are the best player for a team that wins a World Championship, you’ll be in the conversation for Ballon d’Or.

Three wins in three games for Croatia and an impressive performance in the match against Argentina have finally brought recognition to one of the best midfielders in the world. With the quarter-final win over Denmark, Luka Modric surpassed his Real Madrid teammate and Ballon d’Or favourite Cristiano Ronaldo in yearly accomplishments. He’s the captain of a Croatia team which has all the tools to claim a spot on July 15’s final in Moscow.

For six years in 2010, the Ballon d’Or award was known as the FIFA Ballon d’Or award when it merged with the FIFA World Player of the Year. Fifa paid £13m to merge the two awards together. The two La Liga stars Christiano Ronaldo and Lionel Messi were the big winners dominating the award across those six years. In 2016 the partnership deal was not renewed, decided by FIFA meaning the Ballon d’Or went back to its original title. Journalists were voting for the awards to be separate as they were originally created. A collection of journalists, national team coaches, captains and the fans all voted for The Best Fifa Mens Player to become an award, in which Ronaldo won in 2017.