Lisicki wants to enjoy her appearance at the tournament in Berlin 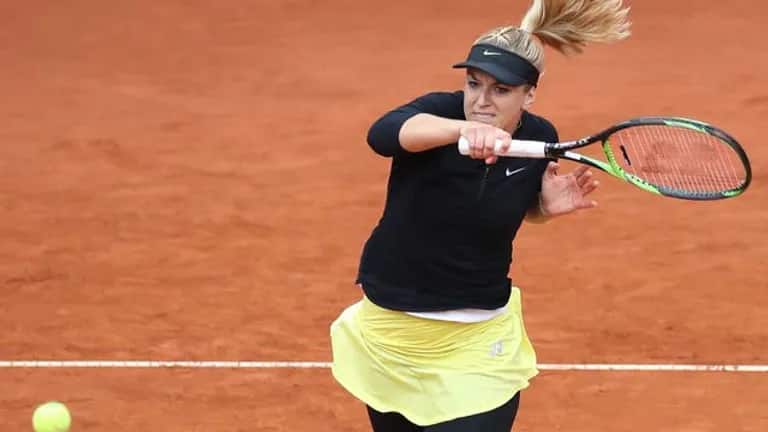 Berlin – After her long period of health problems, local hero Sabine Lisicki wants to enjoy her appearance at the tennis tournament in Berlin.


“I’m incredibly happy to be playing in Berlin. In my home country, in my home club. There is nothing better than coming back to where my path began and then playing on grass,” said the 32-year-old Berliner. “First and foremost, I’m happy to be back on the pitch and I want to enjoy it.”

Lisicki, who slipped to world number 1127 in the interim after a serious knee injury, will receive a wildcard for the top-ranked tournament for qualifying, which begins this Saturday. The matches in the main draw will start on Monday. In the past weeks, Lisicki had already played in smaller tournaments.

Comeback with a lot of hard work

Her injury break had been very long at 18 months, said the tennis player, who had reached the final of the grass-court classic at Wimbledon in 2013. “It wasn’t just a pure cruciate ligament tear, pretty much everything was repaired,” the 32-year-old said. She and her team had put a lot of hard work into her comeback. Participating in the tournament in Berlin had been a goal for about a year and had given her a lot of strength, she said.

During her injury break, Lisicki also received celebrity support from ex-ski star Lindsey Vonn, who herself has experience with serious knee injuries. “She was a big inspiration for me to come back,” Lisicki said. A contact was made via Instagram, she said.

Although Lisicki did not want to commit to a specific goal for the tournament, her ambition was clear: “I don’t come here just to play.” She goes onto the court in every match to win.