Lisicki/Andreescu in Berlin semi-finals – Bencik through 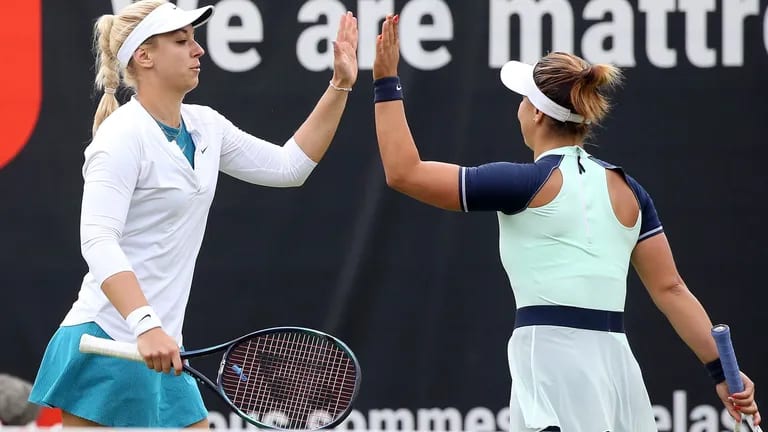 Local hero Sabine Lisicki has reached the semi-finals of the doubles competition at the Lawn Tennis Tournament in Berlin.

With her Canadian partner Bianca Andreescu, the 32-year-old from Berlin surprised the number three seeded American-Japanese duo of Asia Muhammad and Ena Shibahara 7-6 (7-4), 1-6, 10-7.

Lisicki/Andreescu will face top seeds Storm Sanders/Katerina Siniakova in the semi-finals of the €790,000 event. The Australian-Czech duo had earlier won 3-6, 7-6 (7-5), 12-10 against Nicole Melchiar-Martinez of the USA and Ellen Perez of Australia.

In the singles competition, Olympic tennis champion Belinda Bencic had previously reached the quarter-finals. The 25-year-old from Switzerland won her round of 16 match against Russia’s Anna Kalinskaya 6-4, 1-6, 6-1. Bencic will now face the winner of the Russian duel between Ludmilla Samsonova and Weronika Kudermetova in the last eight. Bencic, seeded eighth, had defeated Jule Niemeier of Germany in three sets in the first round.

Earlier, top seed Ons Jabeur of Tunisia had qualified for the last eight with a 6-2, 7-6 (10-8) win over American Alycia Parks.