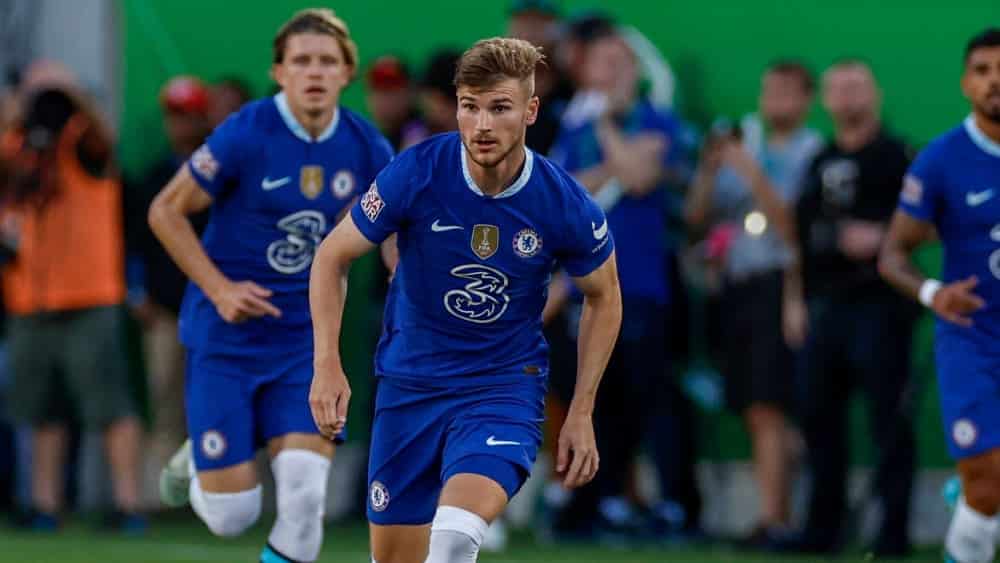 RB Leipzig are interested in bringing Timo Werner back – but Thomas Tuchel does not want to let the international go.

“I could be happy anywhere”: With this sentence at the latest, Timo Werner (26) recently fuelled the rumours about an early departure from Chelsea FC. There was also speculation about a return to RB Leipzig.


According to information, the DFB Cup winners – like other top clubs – have indeed made a move, but Chelsea coach Thomas Tuchel has put a stop to his attacker’s transfer intentions.

Yet Werner, who scored 95 times in 159 competitive games for Leipzig from 2016 to 2020, has not had an easy time of it, especially since Tuchel took up his duties at Stamford Bridge. The relationship between the two is considered strained. Tuchel had reacted with clear incomprehension to Werner’s telling remarks about a possible move.

Werner, who has just ten goals to his name after 56 Premier League appearances, is also anxious to get enough game time with the World Cup starting in November. Although Romelu Lukaku, a fellow striker, has departed on loan to Inter Milan, Raheem Sterling of champions Manchester City, the previous transfer kingpin, is also in Werner’s territory.

And Tuchel has just emphatically called for more new signings. “We are absolutely not competitive,” he had said after the 0-4 loss in the test match against Arsenal. “We have a lot of players thinking about leaving and looking at their options. We have many who have left and I think you can see that. “