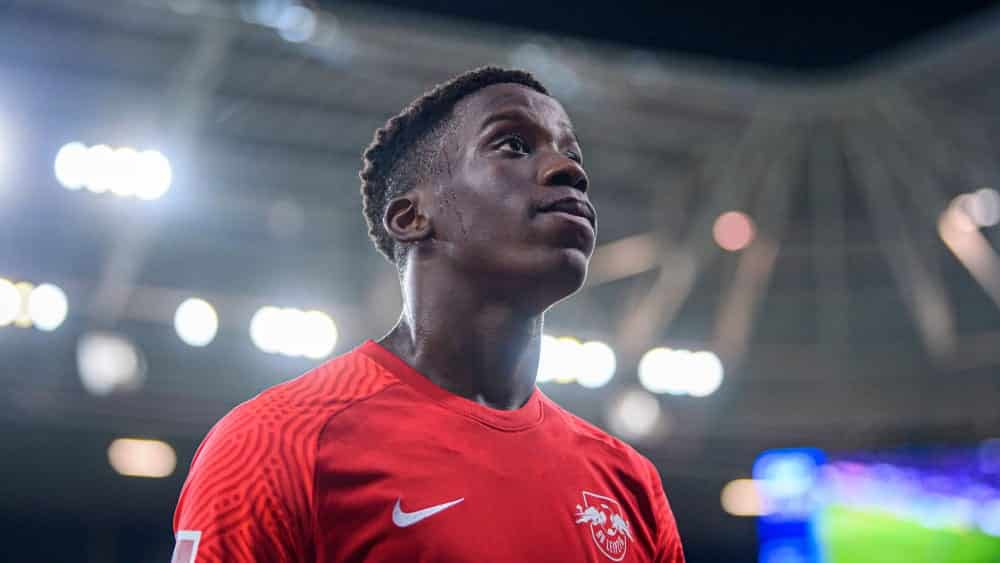 Ilaix Moriba will miss Guinea’s first games at the Africa Cup. The 18-year-old from RB Leipzig tested positive for the coronavirus.

According to Guinea’s national federation (Feguifoot), Moriba is one of four people in the West Africans’ squad who have contracted the coronavirus. In addition to the Leipzig player, two other players and a video analyst are affected. The quartet has to go into quarantine and will therefore stay in the capital Conakry for the time being.

Guinea will play Malawi (10 January), Senegal (14 January) and Zimbabwe (18 January) in Group B of the Africa Cup, which will be held from 9 January to 6 February. The top two finishers in each of the six groups and the four best third-place finishers will qualify for the knockout round.

Only two short appearances for Leipzig

Moriba joined RB Leipzig from FC Barcelona for €15 million plus possible bonuses before this season and was expected to fill the long-term void left by Marcel Sabitzer’s departure to Bayern Munich. However, the midfielder, who has a contract at RB until June 2026, only made two short appearances in the first half of the season.