Leipzig win in Bruges and dream of the Europa League 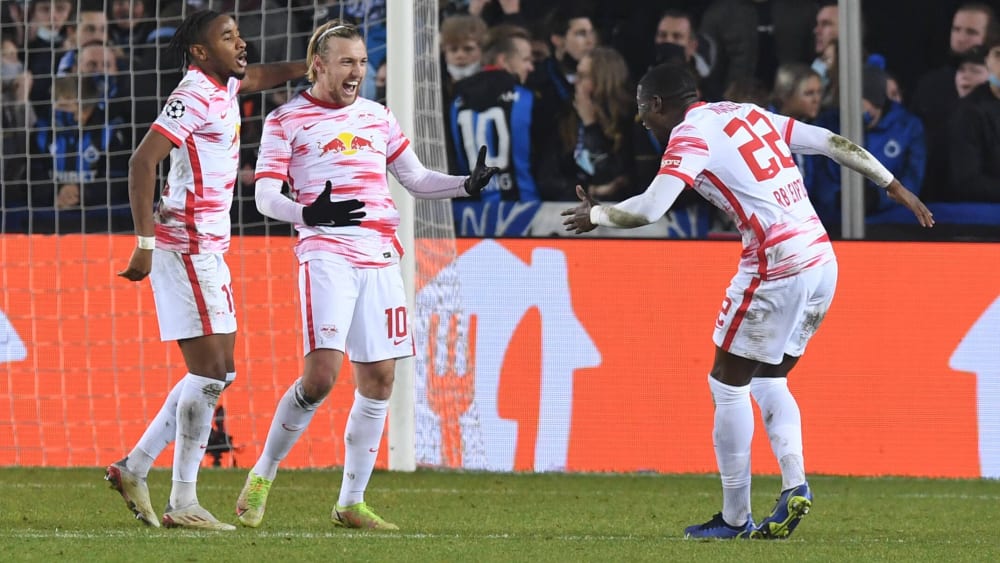 Thanks to a commanding and deserved 5-0 victory at FC Brugge, RB Leipzig overtake the Belgians in the Group A table and keep their Europa League chances alive.

Despite the numerous absences, RB showed high concentration from the start, disrupted the Belgians early and effectively in the build-up and played forward without any frills. After winning the ball in midfield, Silva initially failed to beat Mignolet in the 12th minute, but Nkunku effortlessly buried the follow-up shot into the net for a 1:0 lead. The Saxons remained superior after that – and only a short time later they were awarded a penalty kick. Brobbey was brought down by Sowah in the penalty area and Forsberg converted safely (17).

While Bruges only had sporadic offensive actions, which were hardly dangerous, Leipzig always radiated danger, but sometimes also benefited from very airy defensive behaviour of the home side. This was also the case in the 27th minute: Angelino was allowed to cross completely unchallenged, Silva was just as uncovered in the penalty area and headed in skilfully and precisely for 3:0. Less than half an hour had passed. Just before the break, Forsberg even managed to score the fourth goal – with a rich and accurate shot from the edge of the penalty area (45.+1). The game was decided.

Martinez can distinguish himself

After the break, Bruges – Rits and Ricca came on for Nsoki and Dost (46th) – were more aggressive and pushed forward. But Leipzig continued to be concentrated in defence, blocked shots – and was also lucky once that De Ketelaere just missed Lang, who was completely free in the centre of the penalty area, with a slightly too inaccurate pass (56.).

Beierlorzer then used the clear lead to make a change. The three 18-year-olds Ilaix Moriba, Novoa (Champions League debut) and Bonnah (professional debut) came into the game. And in the last 20 minutes, RB also had chances: Silva failed twice from a good position against Mignolet (74th, 75th). Martinez also had another chance shortly after that after a through pass to Lang (76). Finally, Nkunku scored the final goal to make it 5-0 – on an assist from Novoa and Ilaix Moriba – in injury time (90.+3).