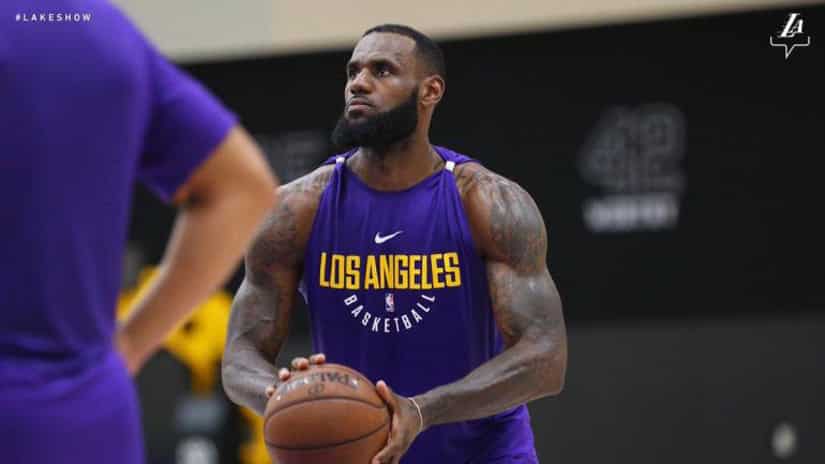 As LeBron James’ debut match for Lakers draws closer, one of the big talking points has concerned which sneakers he will be wearing for the big event. His latest Nike LeBron 16 sneakers are maroon with leopard print heel, with the maroon matching the colour of his previous team, Cavaliers.

Lakers fans have already taken to social media to share their disapproval that he could wear Cavs colours instead of the colours of his new team. Given that this is the first year where players have the freedom to choose any colour of footwear, there is a lot more creativity going on with the sneakers designs. Previously, players were required to wear sneakers that were white or black, or a variation of their team’s colours.

In the LeBron 16 collection, there is a version that switches the maroon out for purple, so that colour scheme could be the one that he chooses for his first Lakers game. The fans will certainly be a lot happier about him wearing purple rather than Cavs’ maroon.

Lakers play Denver Nuggets on Sunday in preseason and it is expected that James will play some minutes to make his debut for the team. Head coach Luke Walton confirmed that James will be involved, although he wouldn’t be drawn on how many minutes he would play, giving away only that he would play between 1 and 48 minutes!

The coach will be looking to start a few of his new players to try and get them all up to speed for the start of the new NBA season. The team will need time to learn to play together but it should be an exciting season for Lakers fans, especially now they have the King of the NBA wearing their uniform.