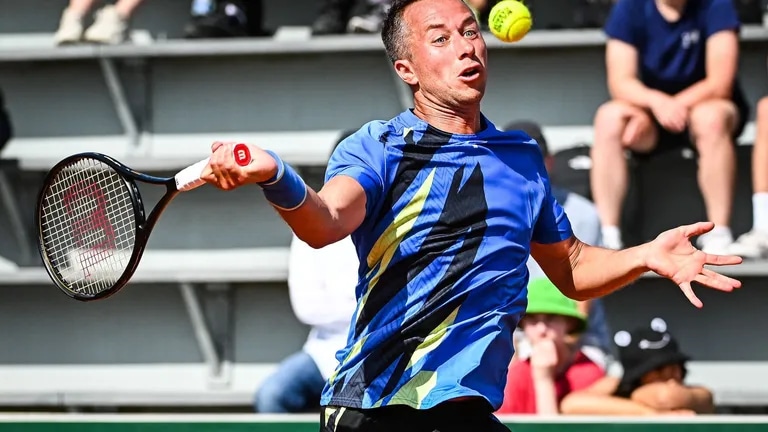 After the end of his tennis career, Philipp Kohlschreiber can also imagine taking on a coaching job at some point.


“Not for now, but who knows what will happen in two years. That certainly depends on the player. But working as a mentor for talented players, explaining things to them from my point of view, that would be fun,” Kohlschreiber told the “Süddeutsche Zeitung”. “I don’t have a coaching licence and I don’t know if it would help me. But I do know how to build up a player in the off-season.”

Kohlschreiber ended his career in June after failing to qualify for the grass-court classic at Wimbledon. He said he now wanted to wind down the year. “My plan is to finish the Bundesliga season for TC Großhesselohe and then put the racket away,” said the 38-year-old. There have been no talks with the German Tennis Federation yet, he said, but there is no rush to do so.

Kohlschreiber: First do “things for myself “

“I’m also going to try out some tasks. I’m really noticing now: it’s nice at home. You have to imagine that: In 20 years I was never at home for more than six to eight weeks. One was always driven. Now I do things for myself,” emphasised the player from Augsburg, who is to be honoured at the Davis Cup in Hamburg in September.

Kohlschreiber has won eight tournaments in his career, taking the title on clay three times in Munich and winning once on grass in Halle. The long-time German Davis Cup player reached the quarter-finals at Wimbledon in 2012, and he made it to the round of 16 at each of the other three Grand Slam tournaments. At the end of July 2012, Kohlschreiber was even ranked 16th in the world rankings at one point.