HomeFootballKlopp on Salah: "His best years are yet to come".
FootballFootball News 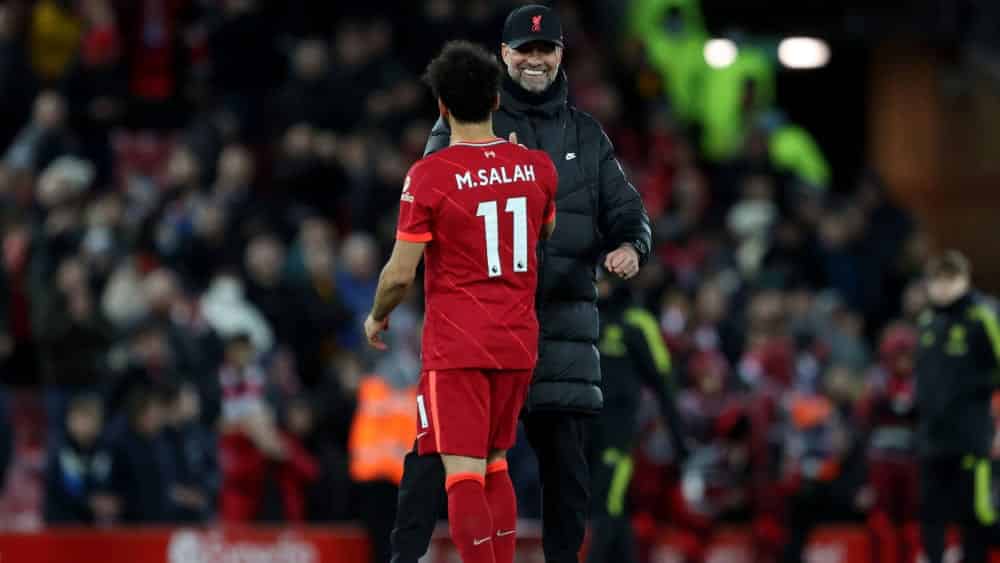 Hardly any other player has left such a mark on Liverpool in recent years as Mo Salah. But LFC coach Jürgen Klopp believes that the Egyptian still has his “best years” ahead of him.


Salah has been playing at Anfield since 2017 and has since scored a whopping 156 goals in 254 games. Since it became clear that the 30-year-old was extending his contract at Liverpool long-term, it is equally clear that the Reds can look forward to Salah goals in the future.

“It’s the best decision for the club and for him,” coach Klopp is quoted as saying on the club’s website. “He belongs to us, this is his club now. “

The fact that it took a little while to extend his contract is completely normal for Klopp. “Mo is one of the best players in the world, so it’s normal that things have to be sorted,” the 54-year-old explained, noting, “Anyway, the best things are always worth the wait.”

Although Salah has almost earned himself legend status at Anfield over the past five years, Klopp expects the “Pharaoh” to get even better. “I have no doubt that his best years are yet to come. Fitness-wise he is a machine, he is in incredible shape. On top of that, his skills are getting better every season – so is his decision-making. “