HomeBundesligaKimmich: "We weren't close - some things have to change"
Bundesliga

Kimmich: “We weren’t close – some things have to change” 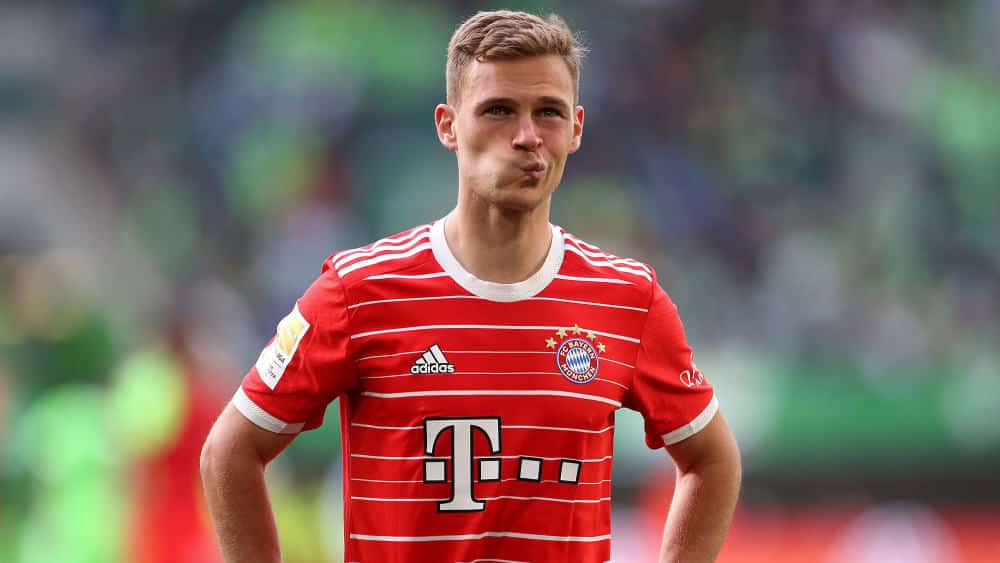 The FC Bayern said goodbye to their holidays at Marienplatz with ten championship trophies. Before that, Joshua Kimmich (27) reported “mixed feelings”.

For the fact that it didn’t really suit him at all with another championship celebration, Joshua Kimmich appeared quite exuberant on Sunday afternoon on Munich’s city hall balcony at Marienplatz. Bayern’s number 6 repeatedly joined in the chants of the fans and the team in bright sunshine and a good atmosphere.


Kimmich had previously spoken of “mixed feelings”, referring to a season that Bayern will now put behind them for the time being. Actually, Kimmich said, he would have preferred to celebrate with the fans directly after the victory against Dortmund, which made the tenth championship in a row perfect, so “it’s dragged out a bit”.

Kimmich’s ambition is well above a title

This was seen in some players, who preferred to hide in the shade with sunglasses and their smartphones. Unlike Kimmich, who wants to celebrate more than just another league title in the coming season. “That should always be our ambition,” he said, working through the past season in fast forward: “We played a pretty decent first half of the season, then didn’t come out of the winter break well at all, had some players who were missing. We never really got into the rhythm. “

This was especially noticeable in the Champions League quarter-final exit against Villarreal. “We weren’t close,” admitted Kimmich. What therefore has to change in Munich from July? “A few things. There’s not just one point where you say, ‘We can flip the switch with this.’ It hasn’t been close this season. We have to learn and understand that it’s not enough if we don’t give one hundred per cent. We’ve felt that more often in the Bundesliga as well.” In Bochum, for example, most recently in Mainz. “It’s simply not enough if we don’t push our limits every day. “

At least for a few days, Kimmich and Co. can now switch off before the national team and the Nations League await in June.