HomeTennisKerber with chance of reaching final in Strasbourg
TennisTennis News

Kerber with chance of reaching final in Strasbourg 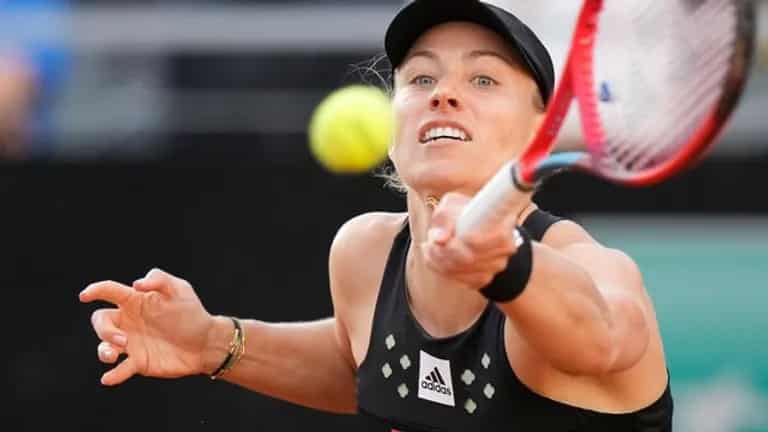 Strasbourg – Angelique Kerber has reached the semi-finals of a tennis tournament for the first time since Wimbledon last July.

The former world number one won 6-2, 4-6, 6-4 against Poland’s Magda Linette in Strasbourg to reach the last four. The 34-year-old North German will face world No. 94 Frenchwoman Oceane Dodin, who beat Swiss Viktorija Golubic 6-3, 6-0, this Friday.

“I’m very happy to have won another three-set match on clay before going to Paris,” Kerber said. “I’m happy that I’m able to play three-set matches and win them,” the 34-year-old said. For her, she said, it was more important at the moment to gain match practice than to be on the training court. After 2:11 hours and a long last service game, Kerber made the success perfect with her fifth match point.

The clay court tournament in Strasbourg is endowed with a good 250,000 dollars and traditionally takes place in the week before the French Open. The second Grand Slam tournament of the season begins this Sunday in Paris. Clay is the weakest surface for Kerber, who accepted a wildcard for the Strasbourg event after a losing streak and is seeded number two there.