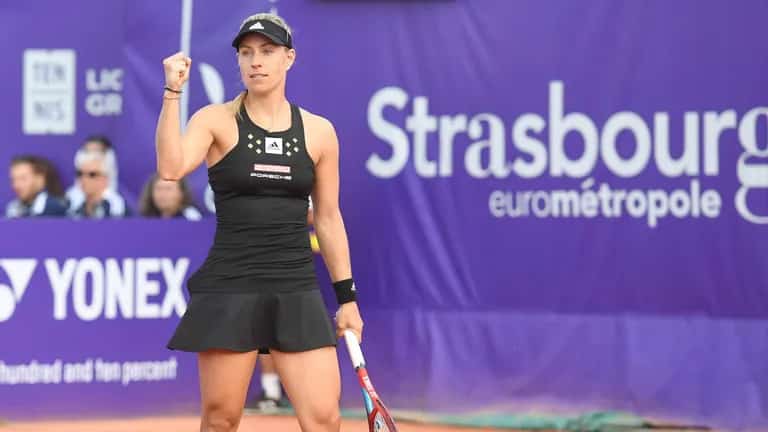 Angelique Kerber is currently not among the world’s best. But the German tennis player is in better form again just in time for the French Open.


Angelique Kerber won the WTA tournament in Strasbourg and celebrated a perfect dress rehearsal for the French Open which starts this Sunday. The German number one beat Slovenian Kaja Juvan 7-6 (7-5), 6-7 (0-7), 7-6 (7-5) in the final of the clay-court event, which is worth 203 024 euros, on Saturday.

For Kerber (34) it was the first tournament win since her victory at the grass event in Bad Homburg in June last year. The last time the three-time Grand Slam winner triumphed on clay was six years ago in Stuttgart. Against Juvan, the Kieler used her second match point after 3:14 hours.

Kerber and Juvan, who is 13 years younger than Kerber, put up a great fight for three sets. In each of the first two sets, Kerber conceded a fast break early on, but fought back both times so that the match had to be decided in a tiebreak. In the first set Kerber had the better end for herself, in the second Juvan won the set with a 7:0 in the tie-break.


In the third set, Kerber took the serve from the Slovenian but immediately conceded a re-break. The decision had to be made again in the tiebreak. Kerber won the title there with a spectacular match point.