HomeBundesligaKahn's Sabitzer comparison: "The best example is myself".
Bundesliga 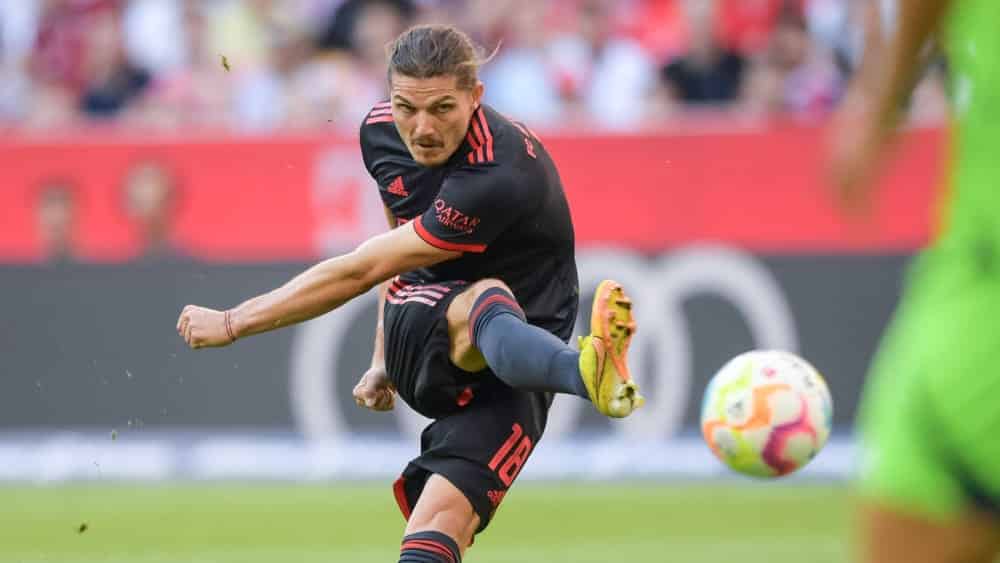 Marcel Sabitzer (28) is currently the main player for FC Bayern. Will it stay that way? Oliver Kahn didn’t let much slip.

One man’s luck is another man’s sorrow, or something like that. A fortnight ago, Leon Goretzka had to watch in his own living room as his FC Bayern team-mates lifted the Supercup into the Leipzig evening sky. The midfielder, who recently underwent knee surgery, did not miss the opportunity to hold up a trophy on principle.

Meanwhile, while Goretzka is toiling away on his comeback and will probably be able to return in September, Marcel Sabitzer has settled into the double-six alongside Joshua Kimmich for the time being. The Austrian, who had a weak debut season in the FCB jersey, acts like other last year’s shaky candidates (Dayot Upamecano, for example) more unagitated, confident and stable.

Sports director Hasan Salihamidzic is happy “that Sabi is doing what we expect of him”. An absolute dream player for coach Julian Nagelsmann, Sabitzer arrived from Leipzig last summer and has tended to drift away in Munich. “He played back a tad too much for me last year and a bit too restrained,” Nagelsmann said ahead of Sunday’s game against VfL Wolfsburg.

Kahn: “You can only congratulate him “

Sabitzer did his job solidly again in the 2-0 win. “At FC Bayern you are always very quick to condemn players or write them off after one season,” Oliver Kahn said afterwards. “The best example is actually myself. I also needed one or two seasons here at Bayern Munich, but back then you had more time.” Some players, Sabitzer included, had to be allowed a period of adjustment. “Marcel is putting in solid performances at the moment, you can only congratulate him. “

Will it stay that way? With Ryan Gravenberch, a highly talented midfielder is breathing down Sabitzer’s neck, and soon Goretzka will also be fit again. And Konrad Laimer? FC Bayern would also like to sign him for the position, but only if Sabitzer is released. Both Salihamidzic and Kahn were cagey when asked. “On the whole, we’re done,” said the CEO, leaving room for interpretation.