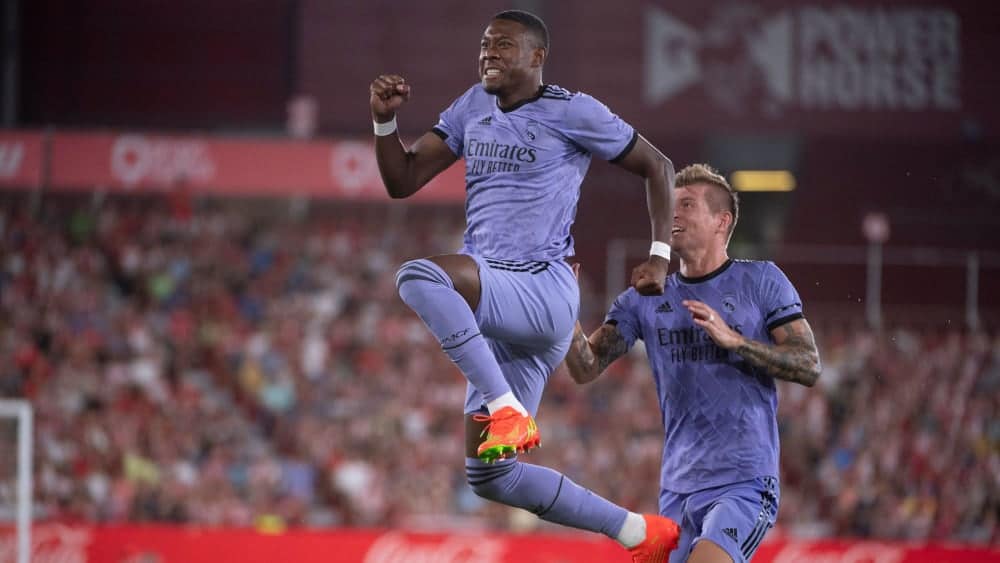 Real Madrid averted a false start in La Liga just a few days after winning the Supercup against Frankfurt: At newly promoted Almeria, the reigning Champions League winners were trailing for a long time before Alaba decided the game in favour of the Blancos with his very first touch of the ball.

However, just minutes after kick-off, the promoted side cracked the almost retreaded Royal back four: Eguaras was given too little pressure in midfield and so played a cheeky out-of-bounds pass to the onrushing Ramazani relatively unchallenged. Rüdiger first picked up the offside, then did not get behind in time and could not prevent the ice-cold finish into the lower left corner from 15 metres (6.). Ramazani celebrated Almeria’s first La Liga goal since 2015 with a spectacular flick flack.

After the false start, the reigning Champions League winners recovered and took control of the game, but Almeria stood solidly with a compact combination of a five-man and a three-man backline and allowed few chances. Real did not create any compelling opportunities.

It was only shortly before the break that the Madrilenians turned up the heat: First Rüdiger failed after a corner with his head against the strong Martinez (40.), then the ball even floundered in the net after a direct shot by Vazquez (43.). But the visitors’ joy did not last long, the winger had scored from a narrow offside position. And so Almeria went into the dressing room with an unexpected lead.

After the restart, Real started to besiege the home side again, but the promoted team did not hide either. Again and again, Madrid offered space for counter-attacks, which Almeria gratefully accepted and advanced dangerously into the final third. However, a 2:0 lead was not to be found.

The Royals continued to dominate the game and were finally rewarded. In a one-on-one with Vinicius Junior, Martinez could only block the ball into the centre and the onrushing Vazquez pushed the ball past two defenders into the empty net (61).

But the visitors had not had enough, Real pressed for a second goal. This was finally achieved in the 75th minute by Alaba, who had been substituted only seconds before. With his first contact with the ball, the Austrian circled a free-kick from a half-right position to the inside of the right post and left Martinez no chance.

The home side did not recover from this blow, Real played the game too coolly to the end. The promoted team put up a good fight, but in the end they deserved to lose 2-1.

Who will broadcast Frankfurt in Marseille live on TV and stream?