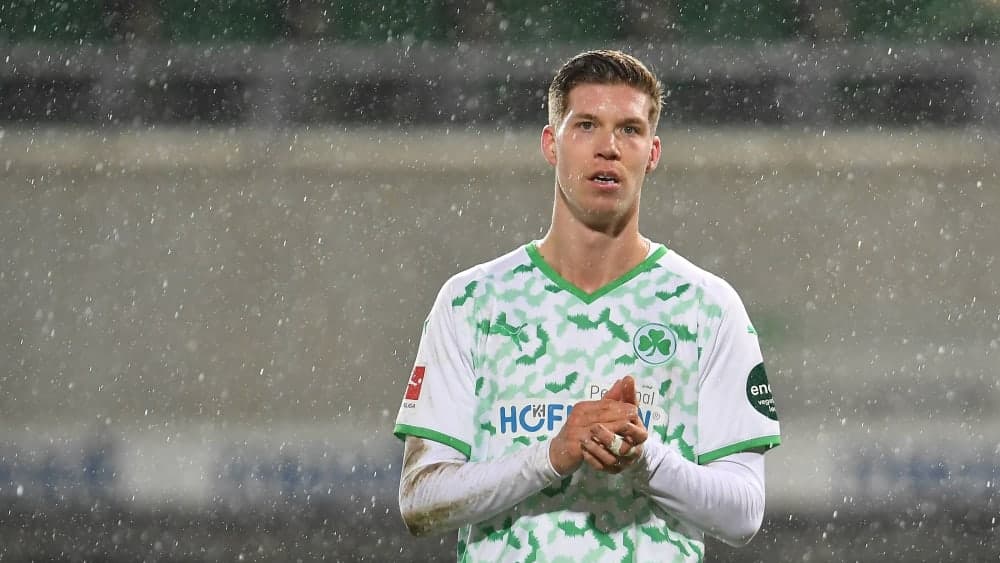 He arrived at the end of August as a hopeful for the striker, just over four months later his guest appearance with the cloverleaf has already come to an end the Swiss international Cedric Itten is returning to Glasgow Rangers with immediate effect, the Scots made use of a return option.

Lately, the 25-year-old only had a place on the bench. 0:0 against Augsburg, 0:0 against VfB Stuttgart: Fürth would have needed goals to win, Itten proved he could score them, and yet coach Stefan Leitl decided against substituting the attacker. It didn’t fit – at the latest after Leitl turned away from his attacking, bold approach to the game and concentrated on stabilising the defence – at the expense of the offence.

That’s why a split makes sense, half a year before the originally envisaged end of the loan. This is despite the fact that Itten was one of only three players in the squad to boast more than one goal for the season. He scored in both the 1:3 against Bayern and the 1:2 against Eintracht Frankfurt, only Branimir Hrgota (four goals, including three penalties) and Jamie Leweling (three) have more. Itten’s “problem”: He is a penalty area striker with good finishing qualities, needs to be served in the sixteen, but the Kleeblatt have been getting into this dangerous zone less and less lately, and when they have, it has been via counterattacks.

A new striker is not expected to arrive due to Itten’s departure, after SpVgg had only added Afimico Pululu (22, FC Basel) last week. Together with Hrgota, Leweling, Havard Nielsen and Dickson Abiama, he is expected to vie for the places up front.