Is Fury breaking his promise again? 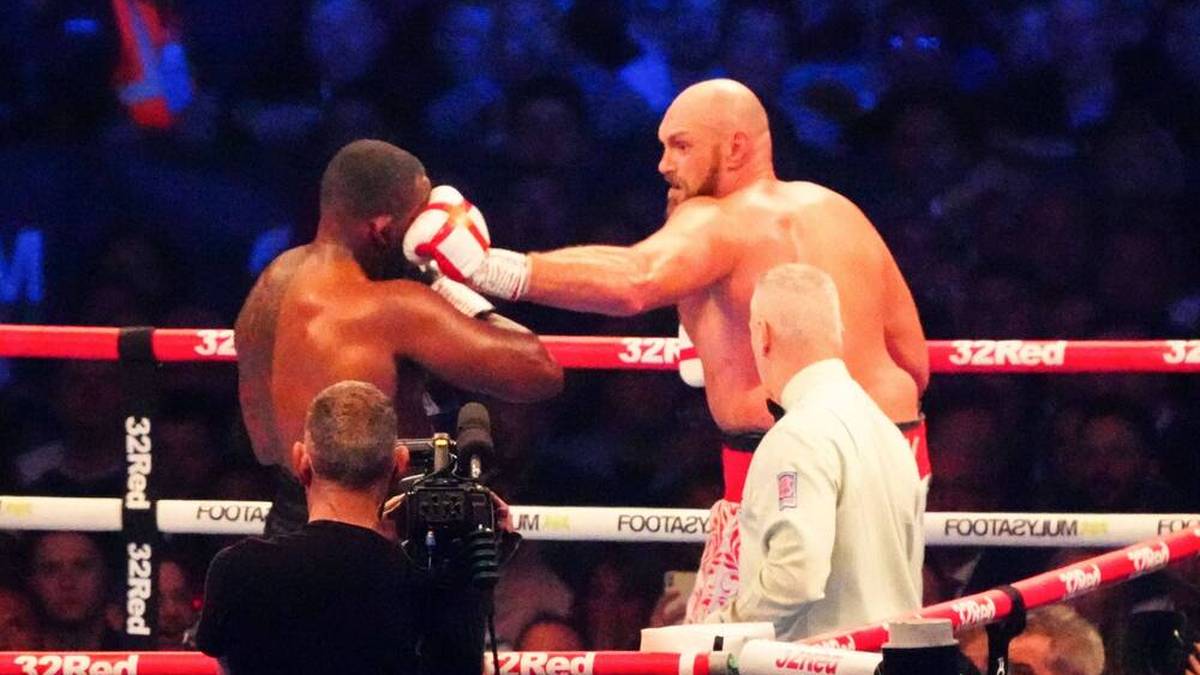 After his victory over Dillian Whyte, Tyson Fury is leaving himself a backdoor to continue his career. His wife makes an explosive announcement.

After flooring fellow Brit Dillian Whyte in the sixth round in front of 94,000 spectators at a sold-out Wembley Stadium, he reiterated his announcement that he would retire.

“Now I have done everything. I have to be true to my word now,” the 33-year-old said after his 32nd win in his 33rd professional fight: “Enough is enough. I’m very happy with my career. “

He will go down in history as only the second boxer after Rocky Marciano to finish his professional career unbeaten, said Fury, who only failed to win one fight – in a draw in the first of three epic fights against Deontay Wilder.

Furthermore, he had already promised his wife Paris to quit after the third Wilder fight – and only broke that promise to box at London’s Wembley Stadium one day.

But if you listened to him carefully, you could hear in his statements again and again that Fury wants to leave himself a loophole for another fight.

For example, he didn’t say “that’s been it” but “I think that’s been it.” And in the interview with the BBC, he also got stuck in the subjunctive when he declared, “That might have been the final curtain call for ‘Gypsy King’.”

He did claim that he no longer had to box for money and that many rich people were not happy at all. But could he actually turn down a purse of just under $100,000,000 (!!!), as ESPN speculates, for the Fight of the Century?

Because that’s what it would be if WBC champion Fury agreed to a heavyweight unification fight against the winner of the fight between Ukraine’s Oleksandr Usyk and Britain’s Anthony Joshua.

World champion of all four federations?

He could then hold all four titles of the major boxing federations WBC, WBA, IBF and WBO. At this prospect, even wife Paris is aware, the “Gypsy King” could soften once again.

“He’s the most famous man on the planet today,” she told BT Sport. “If Tyson keeps boxing, it will be for one reason – and I know in my heart that the only reason Tyson would come back would be for the unification fight.”

Usyk vs Joshua is currently scheduled for July 23. Usyk has repeatedly stressed recently that he will prepare for the clash with Joshua despite the war in his homeland. So it is to be expected that the speculation about Fury’s retirement will pick up immensely from that date at the latest.

In any case, it is not to be expected that he will retire completely in the future. He is too excited about appearances in other martial arts leagues.

Next step WWE or duel with UFC champ?

There’s WWE, for example. Fury hinted at another wrestling guest appearance at the post-fight press conference against Whyte – at the big stadium show on September 3 in Cardiff and/or at SummerSlam on July 30 in Nashville against Scotland’s Drew McIntyre.

“Don’t rule me out,” Fury explained, saying he wanted to “talk” to league boss Vince McMahon. Fury was already in the ring with then-WWE star Braun Strowman in 2019 – for a reported €14 million fee.

“He’s at the top of my list for an exhibition fight, however he wants it: in the cage, in the boxing ring, in boxing gloves, in UFC gloves, we can make it happen,” Fury announced. It will be a duel monster against monster, “a clash of the titans,” Fury is already raving.

Duelling with Ngannou would boost Fury’s US market value

It’s important to know: Ngannou and the UFC have a strained relationship that could soon result in a split. A crossover fight of the Cameroonian ex-boxer with Fury – no matter under which conditions – would be good business for both.

In the US, where interest in the UFC is huge while heavyweight boxing there is moribund, a fight with Ngannou would clearly increase Fury’s market value. So a Ngannou fight would be financially smart, also with a view to the boxing unification fight, should Fury have that in mind after all.

Either way, there is no talk of a retreat from the big arenas of this world. The only question is where Fury will return to the stage.