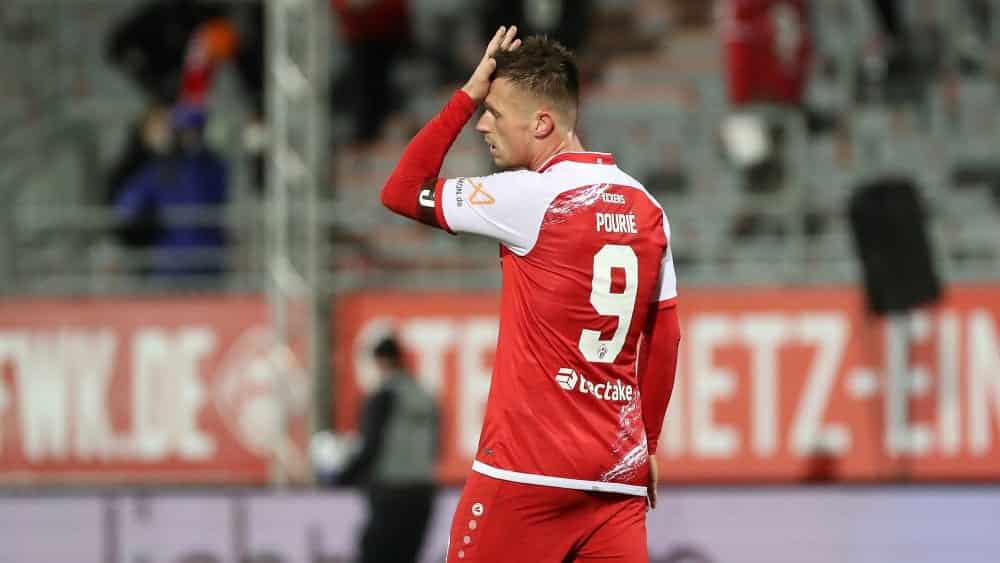 Marvin Pourié is to leave Würzburg. The third-division club has sorted out the attacker.

When Würzburg  resumed training after the Christmas break on Monday, Marvin Pourié was on the outside. The attacker trained away from the team – and it will stay that way.

We have come to the decision that it is better to go our separate ways,” says coach Danny Schwarz, citing “internal things” as the reason for the sidelining. Pourié may continue to train in Würzburg – but no longer with the team. “It’s like in a marriage: there is simply a point at which it no longer fits,” says Schwarz.

Pourié only joined the FWK in the summer and has made 15 appearances this season. His record: four goals and two assists. Now Pourié’s time is up. It is still unclear whether the Reds will bring in a replacement or look for an internal solution for the attacking centre. However, the first squad movements have already taken place.

Toko will also no longer play for the FWK

Clear: Besides Pourié, Nzuzi Toko will also no longer be on the field for Würzburg. The midfielder has had knee problems for months. “With him, it will probably come down to sports invalidity,” says Schwarz.