HomeSerie AIn the event of a tie: deciding match for the Scudetto
Serie A 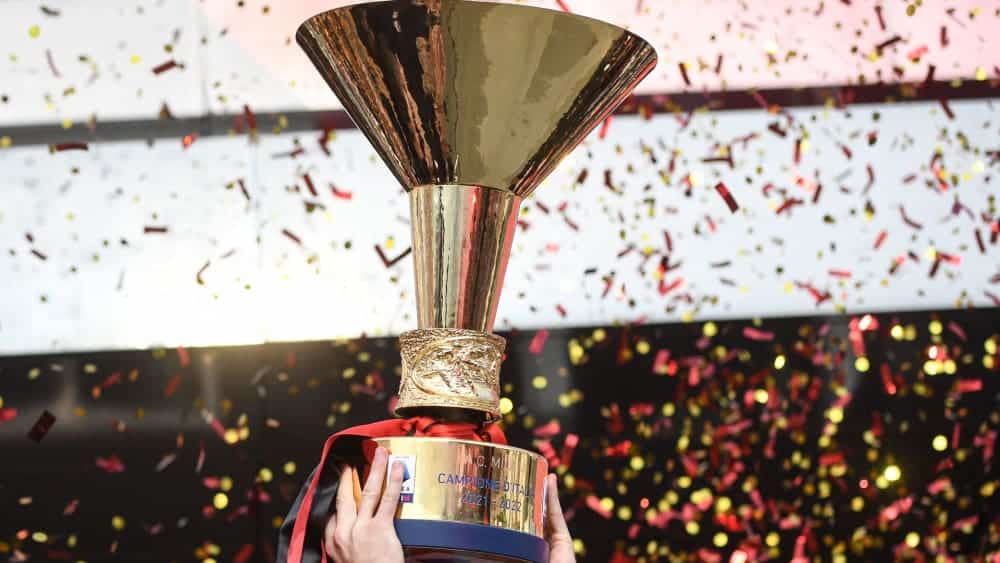 In the event of a tie, the Italian championship will be decided by a deciding match from the coming season. This was decided by the Italian federation FIGC on Tuesday.


The Scudetto will no longer be decided by goal difference in the event of a tie next season. Instead, the Italian league relies on a deciding match in this case, which would go straight to a penalty shoot-out after 90 minutes in the event of a draw.

FIGC boss Gabriele Gravina, has spoken in favour of settling the title via a decider in this particular scenario on several occasions in the past. The last time Bologna and Inter Milan settled the title in this way, Bologna FC claimed the Scudetto after a 2-0 win in 1964.