HomeBundesligaExplosive mind games: Will Gnabry have to sit in the stands?
Bundesliga

Explosive mind games: Will Gnabry have to sit in the stands? 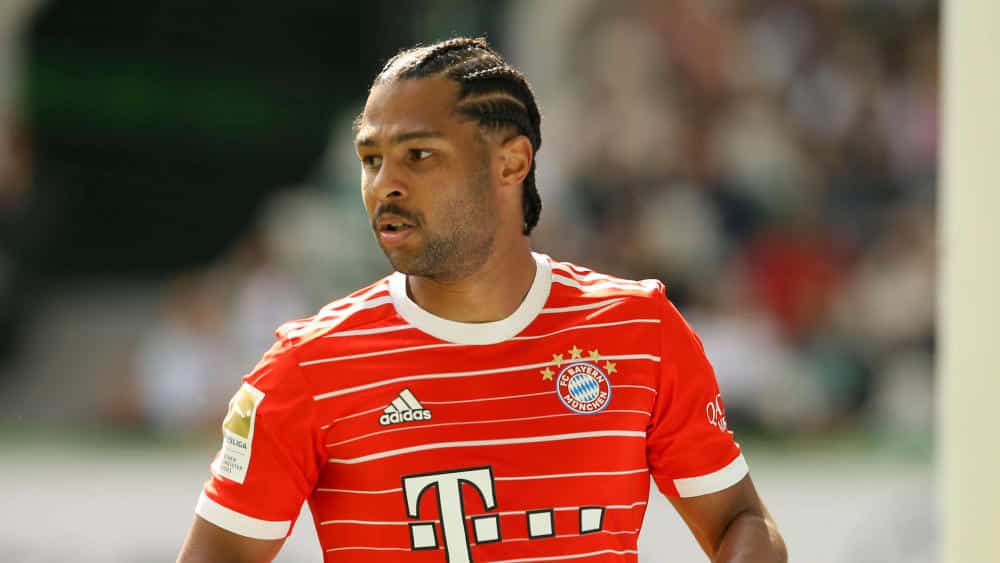 In addition to Robert Lewandowski’s future, Serge Gnabry’s is also still in question. There are three options: extend the contract this summer beyond 2023; a transfer also this summer; or stay under the current conditions. The latter could have consequences.

At the moment he is still on holiday, switching off from the long season with FC Bayern and the national team. Next week, Serge Gnabry is due to return to Munich. So there is still a little time left to think about his as yet unresolved future. Will the 26-year-old extend his contract, which expires in 2023? Will he move this summer? Or will he stay under the current conditions?


The club bosses would not like the latter, i.e. another year at the record champion without a contract extension. Because the FCB would then not be able to generate any money – i.e. a high transfer fee – with the player. That is why there are explosive discussions within the club: If Gnabry decides against an extension and against a transfer this summer, he could possibly end up in the stands – and not receive any appearances for the time being.

Manni Schwabl has already used this remedy at Unterhaching

This procedure would come as a surprise with a player of this magnitude. It is questionable to what extent such a sanction could be implemented at all. There was a comparable example recently in the Regionalliga at SpVgg Unterhaching. Felix Göttlicher, who did not want to extend his contract, was sent to the stands. President Manni Schwabl said: “We are open with the players, Felix Göttlicher knew that too. If they don’t extend their contract, they won’t play for us anymore.” Because, as Schwabl emphasised, the club is dependent on training and selling players in order to “survive financially”.

With pressure little can be achieved with Gnabry

With FC Bayern, who of course have to keep a close eye on their finances in times like these, this consequence would have a completely different consequence. Gnabry in the stands? An international in a Bundesliga home series just before the World Cup? Hard to imagine. If Munich were to lose a game and Gnabry had to watch from the stands, there would be a lot of screaming. That’s why the player is largely relaxed in the face of this. Putting pressure on Gnabry is a means to an end, but it is also because he knows how important he is. For him, the question of the future is about other parameters: league, country, position, appreciation, life, for example.

Gnabry has an offer from those in charge. One that he is happy with in principle. He also likes Munich as a location. What had been missing in recent months was the emotionality. Also the timing of the bosses, when and how they approached him, This message is said to have reached the club and the talks have been more positive since then. A decision by Gnabry when he is back from his holiday should then also follow in the foreseeable future. Knowing full well that the attacking all-rounder, who is in the prime of his footballing life, is looking at perhaps the biggest contract of his career.