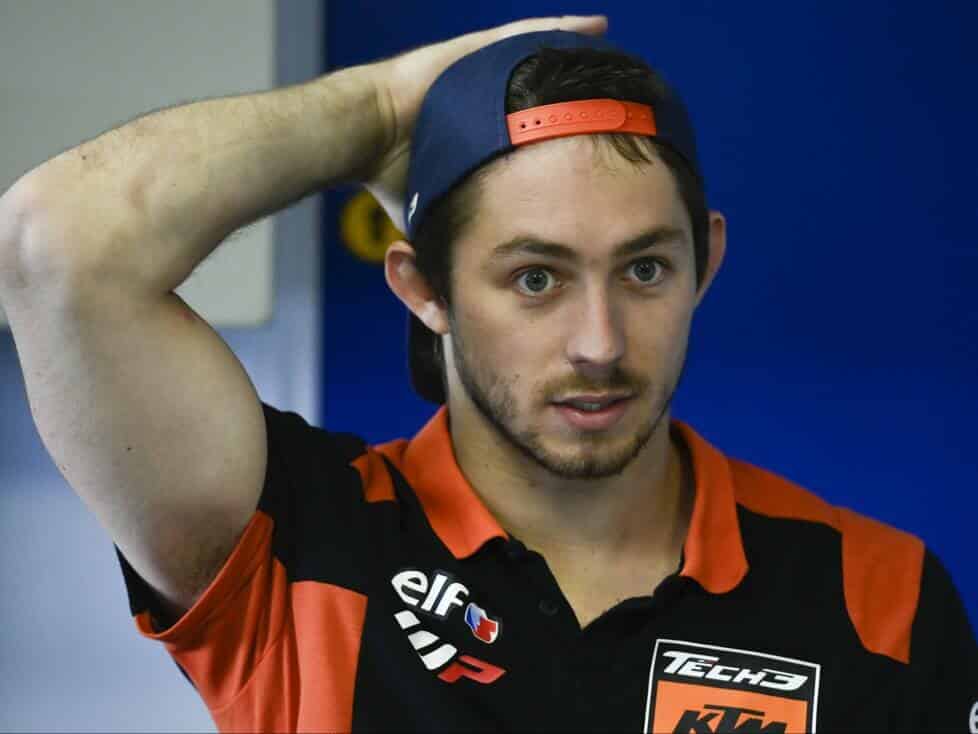 Moto2 World Champion Remy Gardner has not had an easy debut in the premier class so far. The Australian has finished in the points twice so far with his Tech 3 Team KTM. That was 15th place in the season opener in Qatar and 14th place in Portugal.


Otherwise Gardner finished outside the top 15. Most recently at Le Mans he retired for the first time due to a crash. “In Jerez I banged an ankle [in the test crash] and now I have new abrasions again,” sighed Gardner after the French race.

“At the moment I’m not enjoying life. Every week I have new injuries. I’m trying to find more than what’s available. When I try to do that, I end up on the bottom. I think it’s the same for the factory riders. “

The son of former 500cc world champion Wayne Gardner noted early on in the Le Mans weekend that KTM will have to help the riders with updates soon. He had complained that the RC16 is very difficult to ride at the moment.

That doesn’t make it easy for a rookie to get to know the premier class either. “It’s pretty obvious what’s going on,” Gardner says. “I hope we get some updates sooner rather than later. “

“Le Mans was not a great weekend. We were last, but not that far behind the factory riders. My race start was good and I felt good. I see that as positive. I continue to do my best and do what I can. But these are difficult times.”

Last year, the 24-year-old regularly battled for wins and podiums in the Moto2 class. Now Gardner finds himself at the back of the field. In the Tech 3 stable duel, he has at least already scored World Championship points from his point of view, while Raul Fernandez has yet to sign on.

How does Gardner, who lives in Europe in Spain, stay motivated? “I don’t know. It’s tough. A week at home will do me good to forget everything. After Jerez it was already hard to come back and be motivated. But I’m trying my best. “

Gardner’s KTM contract is for the current season plus an option for 2023. “Next year is still open,” he said in France about the current state of affairs. “I’m not allowed to change until a certain date.”

So for now it’s up to KTM whether to pull the option on Gardner. “KTM can judge it how they want. I think that I gave my 100 per cent. The fact that I am only two tenths of a second behind Oliveira in qualifying after seven races is not bad.”

And would there be alternatives for Gardner for next year? “If not, I’ll go to the Superbikes,” the Australian laughs, then adds seriously, “I don’t know. Nothing is decided at the moment. “