Golden Shoe: Immobile ahead of Benzema – Salah and Schick climb – Modeste in the top 15 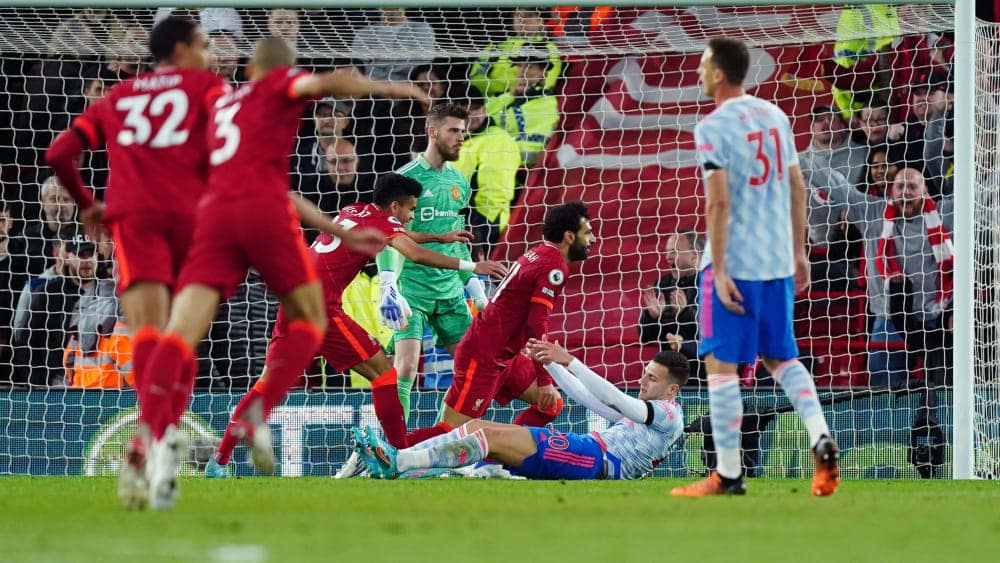 Robert Lewandowski underlined his hunger for the Golden Shoe with his 33rd goal. Ciro Immobile kept pace, Mo Salah may be aiming for the top 3. Patrik Schick ended a dry spell.

Robert Lewandowski did it again. In the 3:1 against Borussia Dortmund and before the wheat beer shower, he increased Bayern’s goal-scorer in the Golden Shoe ranking to 33 goals and 66 points. The Polish defending champions, who won in pre-season with 41 goals and 82 points, continue to hold a whopping 14-point lead over their fiercest rivals.

Because Lazio Roma’s Ciro Immobile kept pace, scoring the early opening goal in the 4th minute of the 2-1 defeat to Milan, who eventually lost. The ex-Dortmund man is now sole runner-up in the rankings with 52 points as Real striker Karim Benzema came away empty-handed with two equal penalty misses in Pamplona and is third with 50 points.

Dusan Vlahovic and Kylian Mbappé are ranked P4 and P5 respectively, with the Frenchman, newly crowned Ligue 1 champions with PSG, having to share his rank with Mo Salah this week. The Liverpool FC star shone with a brace in a 4-0 win over ManUnited and, like Mbappé, now has 44 points.

Leverkusen’s Patrik Schick scored in Bayer Leverkusen’s 4-1 win at Fürth, ending a drought that also started on 18 February due to injury with his 21st goal of the season (42 points). Schick and Martin Terrier of Stade Rennes are currently tied for seventh.

In addition to Lewandowski and Schick, the Bundesliga has three other players in the top 20 of European goal scorers. Dortmund’s Erling Haaland remained 14th in Munich on 18 goals and 36 points, Leipzig’s Christopher Nkunku and Cologne’s “Kaffeejubler” Anthony Modeste are joint 15th in the rankings along with Heung-Min Son (Tottenham, all 17/34).