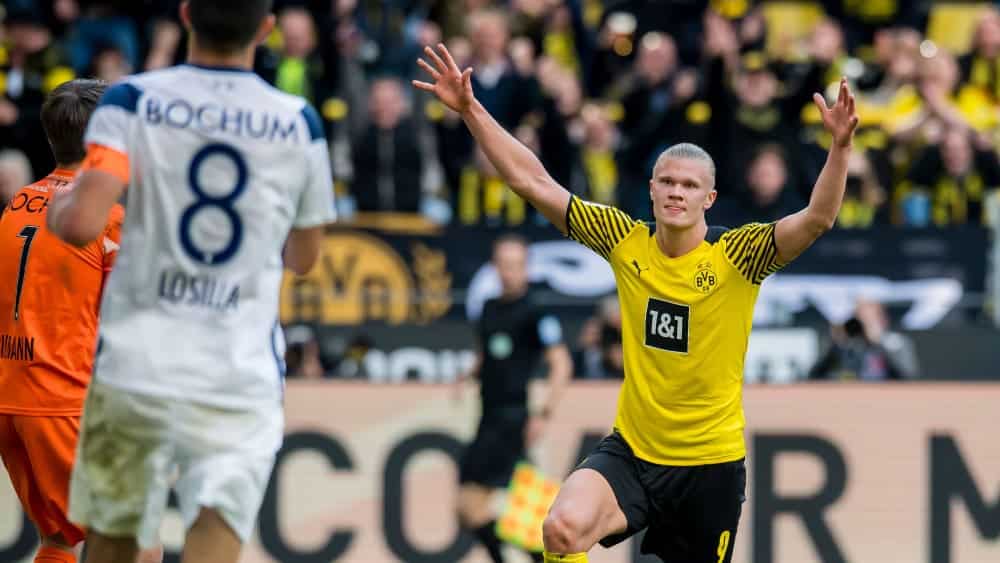 Robert Lewandowski is unlikely to be denied another triumph in the Golden Shoe ranking. In the chasing pack, three Bundesliga professionals move up the rankings.


Robert Lewandowski at least managed one thing in Bayern’s disappointing performance in Mainz (1:3): to increase his goal tally. The Pole in the service of the German serial champions increased his Golden Shoe ranking to 34 goals and 68 points with the Nagelsmann eleven’s consolation goal. The defending champions, who won with 41 goals and 82 points in pre-season, thus continue to hold a whopping 14-point lead over their fiercest rivals.

Because Lazio Roma’s Ciro Immobile kept pace, scoring a penalty goal in the capital’s spectacular 4-3 win at La Spezia, he is on 54 points. Close behind the ex-Dortmund man is Real striker and newly crowned champion Karim Benzema, who scored the final goal in a 4-0 win over Espanyol. The Frenchman therefore remains third with 26 goals and 52 points.

Dusan Vlahovic and Kylian Mbappé rank behind but swapped places: The PSG star is now fourth as he scored twice in a 3-3 draw in Strasbourg, while Vlahovic came away empty-handed for Juve in a 2-1 loss to Venice.

Schick and Haaland write to

Leverkusen’s Patrik Schick scored in Monday’s 2-0 win over Frankfurt and is tied for sixth with Liverpool FC’s Mo Salah with his 22nd goal of the season (44 points) this week.

But he feels the breath of a fellow Bundesliga player on his neck more than ever: Dortmund’s Erling Haaland chased down the ball three times in the 4-3 defeat to VfL Bochum: 21 goals and 42 points have seen the Norwegian shoot up from P14 to P8, which he shares with Stade Rennes’ Martin Terrier. Anthony Modeste of 1. FC Köln, meanwhile, improved to 14th with 19 goals (shared with Heung-Min Son, Tottenham), Leipzig’s Christopher Nkunku is 17th with Cristiano Ronaldo (18 goals, 36 points).