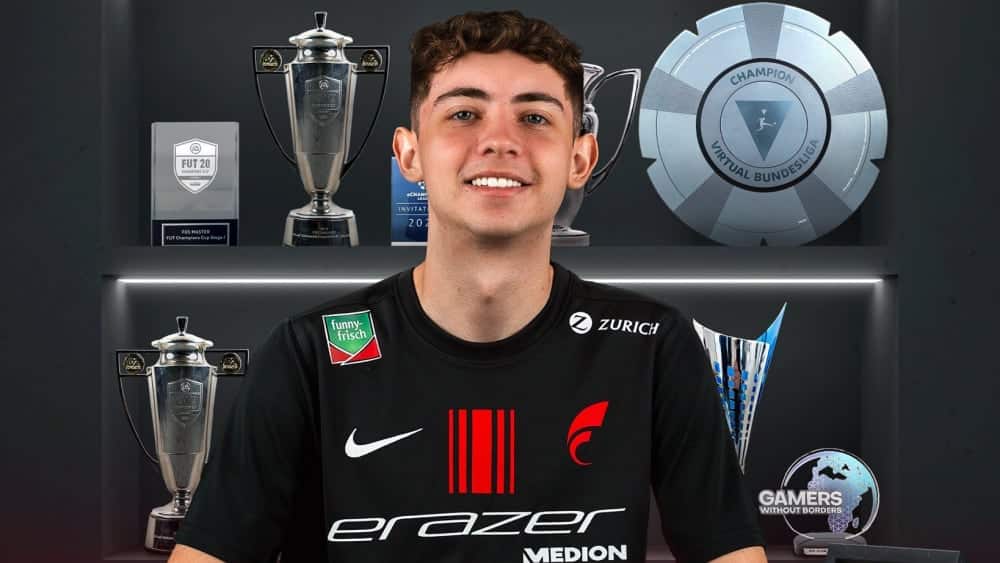 Four weeks ago, Dylan ‘DullenMIKE’ Neuhausen celebrated winning the VBL singles. With the successful World Cup qualifier behind him, he now heads to FOKUS.

This move was announced by both teams and Neuhausen himself via social media. For ‘DullenMIKE’, this ends his time with NEO after two years, during which he was VBL runner-up in 2021 and individual champion in 2022. “Thank you for two incredible years,” the World Cup participant wrote on his farewell.

With FOKUS, Germany’s currently most prominent FIFA eSports organisation has secured the services of the world-class player. At the upcoming FIFAe Club World Cup, Neuhausen will wear NEO’s jersey for the last time – and he has big plans for it: “Club World Cup will be torn apart again,” he announced.

One last dance with NEO

But first up is the World Individual Championships, which will take place from Thursday at the Bella Arena in Copenhagen. There, too, ‘DullenMIKE’ can certainly hope for the title.

Meanwhile, Elias ‘EliasN97’ Nerlich, co-owner of FOKUS, also has hopes for the title. He and the team were happy to “get players like this” and are aiming for trophies: “Next season will be insane,” he commented on the signing via Instagram.

With Neuhausen, FOKUS has made its second high-profile signing within a few days. Just last week Mustafa ‘xMusti19’ Cankal, also one of the best VBL players of recent years and DFB-ePokal winner, signed a contract with FOKUS. For Nerlich, this is a stroke of luck: “With him and Musti, we’ve already been able to put two exclamation marks on our record.”

But FOKUS still doesn’t seem to have enough. Because, Nerlich concludes: “More will follow”.