Frimpong’s goal at the right time: Bayer win in Leipzig 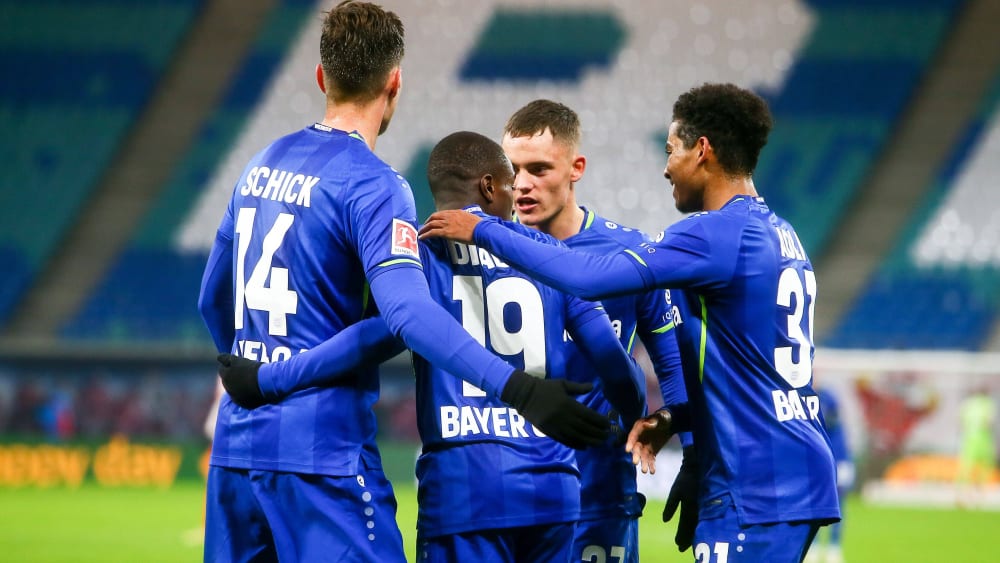 After a strong performance, Leverkusen took three points from Leipzig. Bayer deserved to win 3:1 – and took the wind out of Leipzig’s sails at just the right time.

Leipzi’s co-coach Achim Beierlorzer, who once again deputised for head coach Jesse Marsch (positive Coronatest), trusted the same eleven that had won clearly 5-0 in the Champions League in  Bruges and thus preserved the chance of third place in the group and the associated qualification for the Europa League. Meant: Martinez was also in goal again, coming on for his second Bundesliga game.

Bayer coach Gerardo Seoane and his team qualified early for the last 16 of the Europa League on Thursday thanks to a 3-2 win over Celtic. There were two changes in the starting eleven after that game: Tapsoba and Schick (comeback after ligament tear in left ankle) started for Koussounou and Paulinho (both bench).

Both teams are known to choose the playful approach, there were not many long balls to see in the first ghost match of the current season. Leipzig tried to take control of the game right from the start, which repeatedly created spaces for Bayer to counterattack. Like in minute eight, when Diaby took the lead after an assist from Adli. According to the video footage, the goal did not count because the player who had set the ball up was offside.

Leipzig tried to make the game, but offensively lacked ideas against well-standing visitors, Gvardiol’s shot remained harmless (17.). The Werkself were the more dangerous team and deserved to take the lead: Wirtz took the lead himself, started through and received a great pass from Palacios. The 18-year-old was quicker than Angelino and scored from seven metres. Bayer stayed in the game and hurt the home side with their fast switching play, Diaby just missed the 2:0 (26.).

The Werkself played a really good away game in the first half, repeatedly getting behind the Saxons’ defensive chain. Leipzig lacked the final punch. Defensively, the hosts were vulnerable again and again – and Leverkusen punished that: Tah’s long ball was taken by Diaby with luck and skill – and he finished down the right to make it 2-0 (34th), which was also the score going into the dressing rooms.

After the change of ends, Leipzig continued to play the game and the goals were now better and more frequent: Laimer tested Hradecky (47th) and Nkunku shot past on the right (55th). Bayer also remained dangerous, mostly through counterattacks: Adli shot too centrally (51.) and Andrich did not hit the ball ideally in an excellent position. RB was now better in the game than before the break and was rewarded with Silva’s goal (62). But Leverkusen answered almost immediately, Frimpong’s shot was deflected by Angelino unstoppable for Martinez to make it 3:1 for the Werkself (64th) – the first Bundesliga goal for the full-back.

The goal came at just the right time as the visitors took the wind out of Leipzig’s sails. RB could think of nothing more, Diaby even missed the fourth goal, he only hit the post (72.). It did not look like Leipzig would catch up when Tapsoba got the ball on his outstretched arm in the penalty area. After watching the video footage, referee Cortus pointed to the spot. Szoboszlai, however, missed this great chance, hitting only the left post (88th). Thus, there was no exciting final phase, it remained 3:1 for the guests.

RB open the next matchday (Friday,  8.30 pm) with an away game at Union Berlin. Leverkusen, on the other hand, are in action the following day (15.30) at Hoffenheim.