HomeMotorsportsFrancesco Bagnaia: What training with the Ducati Panigale at Misano brings
Motorsports

Francesco Bagnaia: What training with the Ducati Panigale at Misano brings 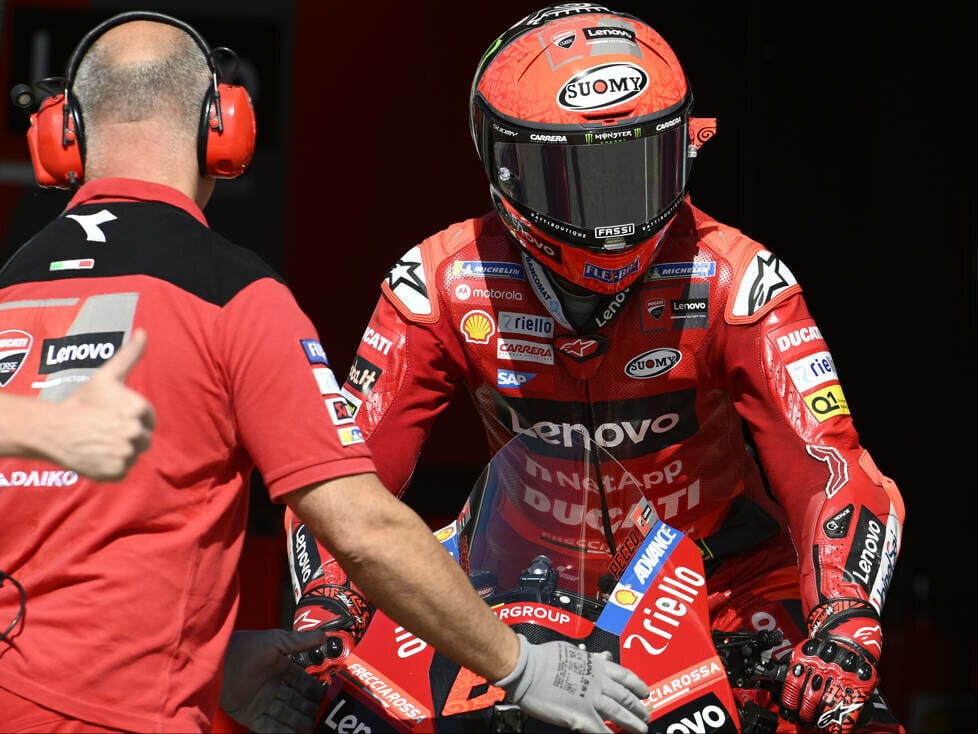 MotoGP World Championship runner-up Francesco Bagnaia is always out on a Ducati Panigale at Misano: The Italian explains the background

Good preparation is the be-all and end-all for a MotoGP rider. This includes exercises for strength and fitness. But a motorbike racer also has to be fit on the bike. Many riders from the world championship circuit therefore regularly ride dirt track bikes.


Ducati factory rider Francesco Bagnaia takes a different approach: The runner-up in the world championship regularly takes to the track on a Panigale at the Misano World Circuit Marco Simoncelli. In the V4 version, the Reds’ flagship model has an output of 215 hp with a dry weight of 175 kilograms.

A slightly modified road Panigale is enough for Bagnaia to burn impressive times into the asphalt at Misano. With this bike, the Italian achieved lap times in the low 1:35s. For comparison, the MotoGP track record is 1’31.065, set last year by Bagnaia himself.

What does Bagnaia get out of training on a slightly modified production superbike? “Resilience in riding,” he answers. “I just try to use the training as a chill session. It’s better for me to ride on the track than to be in the weight room. I always enjoy it there, it’s my home track. “

As the characteristics of a road superbike are still the closest to a MotoGP bike, thanks to the low weight and high engine power. This allows Bagnaia to play around with lines and braking points during practice.

“I always try different things when I’m at Misano,” he says. “I use it to try new things and to train.” Testing opportunities in MotoGP are now severely limited. No testing at all is allowed at the track in question 14 days before an event, unless the race director allows it.

In addition, the MotoGP regulations state that “For motorbikes of the same displacement class in which the rider is entered, only production road-legal motorbikes may be used.” That’s why Bagnaia is testing with a street Panigale at Misano, for example. Adaptations may only be made for safety reasons and must be reported to the MotoGP Technical Director in advance.