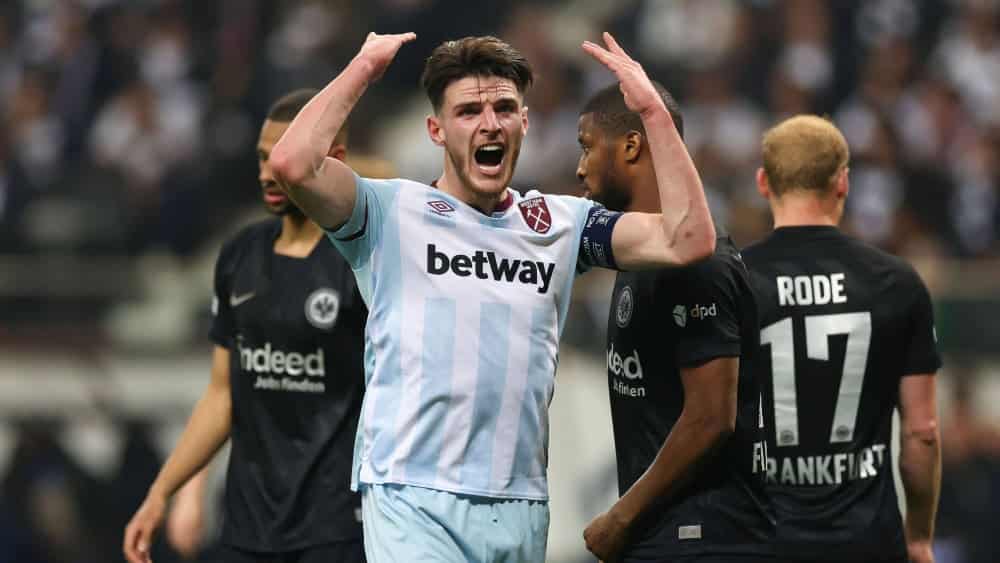 For statements made after the second leg of the Europa League semi-final at Eintracht Frankfurt, West Ham professional Declan Rice has been banned

In a video that emerged after that 1-0 defeat on 5 May, the midfielder had literally accused referee Jesus Gil Manzano of “corruption”. “Seriously, how can you be so bad? You probably got paid,” Rice also scolded.

For this, UEFA now suspended the England international for two European Cup matches, according to the BBC and other English media. If Rice stays with West Ham – which it currently looks like he will – he will miss the Europa Conference League play-off matches in August.

West Ham will also have to play the first leg without coach David Moyes. The 59-year-old, who was given a one-match suspension after seeing red in Frankfurt following a freak incident in the closing stages.