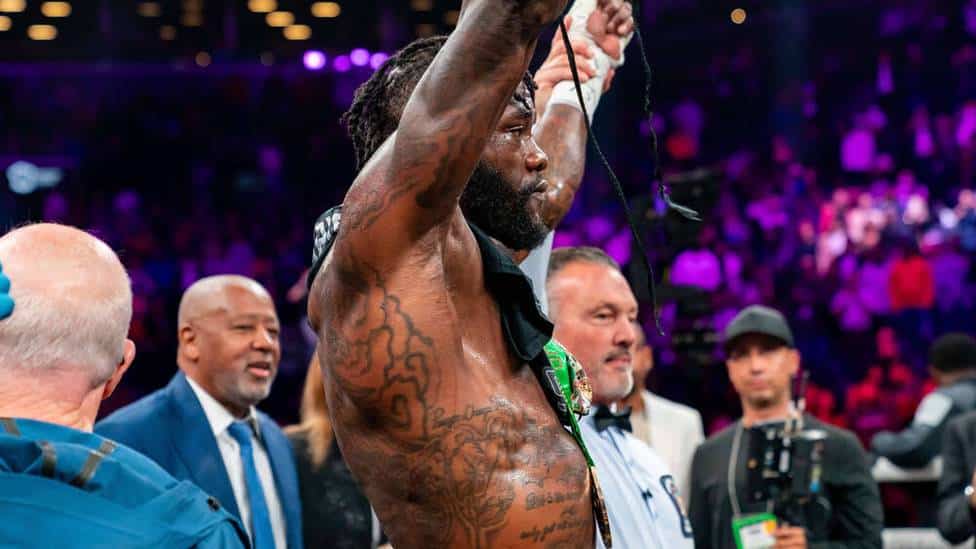 Deontay Wilder steps back into the boxing ring for the first time since losing both bouts to Tyson Fury – and puts an exclamation mark on it.

A year after losing his rematch against Tyson Fury, former world heavyweight champion Deontay Wilder is back – and has put an exclamation mark on it.

Now Wilder is targeting the reigning champions again: After the fight, he named Anthony Joshua’s defeater Oleksandr Usyk, among others, as a potential next opponent.

“Deontay Wilder is back!”

“Deontay Wilder is back! The heavyweight division is exciting again,” Wilder said after the fight.

Wilder, 36, was WBC federation champion between 2015 and 2020 before Fury handed him his first defeat in his 44th professional fight in February 2020. Wilder then also lost the second meeting in October 2021 by knockout.


Now he hopes to return to old times: He also named former champion Andy Ruiz as a possible next opponent. Before the fight, he had also talked about a duel with the dethroned Joshua, with whom Fury is currently bickering about a potential world championship duel.