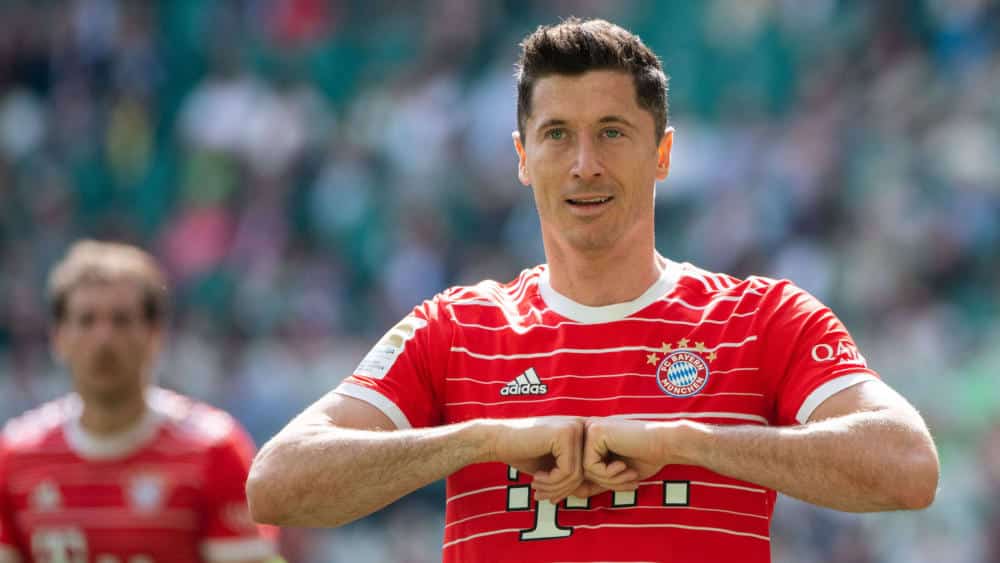 Robert Lewandowski has won the Golden Shoe as Europe’s top scorer in 2022 after winning it in 2021. The FC Bayern striker once again secured the trophy with aplomb. Ciro Immobile and Karim Benzema had to relinquish second place at the last moment.


Robert Lewandowski is the winner of the Golden Shoe 2022. With 35 goals and 70 points, the FC Bayern star striker once again came out on top in the rankings compiled by European Sports Media (ESM) – his second title after 2021.


Lazio Roma’s Ciro Immobile, who narrowly edged out Lewandowski for the European goalscorer award in 2020, was in second place before the weekend along with Real Madrid’s Karim Benzema (both 27 goals, 54 points), but the two goalscorers had to vacate their places in the final. Immobile was not in the squad for Lazio’s 3-3 draw with Hellas Verona, Benzema struggled to a 0-0 draw with the Royals against Real Betis, both stuck on 54 points.

And were still overtaken by Kylian Mbappé. The PSG star shone after his contract extension in the 5-0 win over FC Metz, scoring three goals and still catapulted to second place – 28 goals, 56 points.

Leverkusen’s Patrik Schick (24 goals, 48 points) had to relinquish his fourth place as AS Monaco’s Wissam Ben Yedder added to his tally in the 2-2 draw at Lens and now has 25 goals to his name.