HomeSerie AFeud continues: Calhanoglu fires back at Ibrahimovic
Serie A 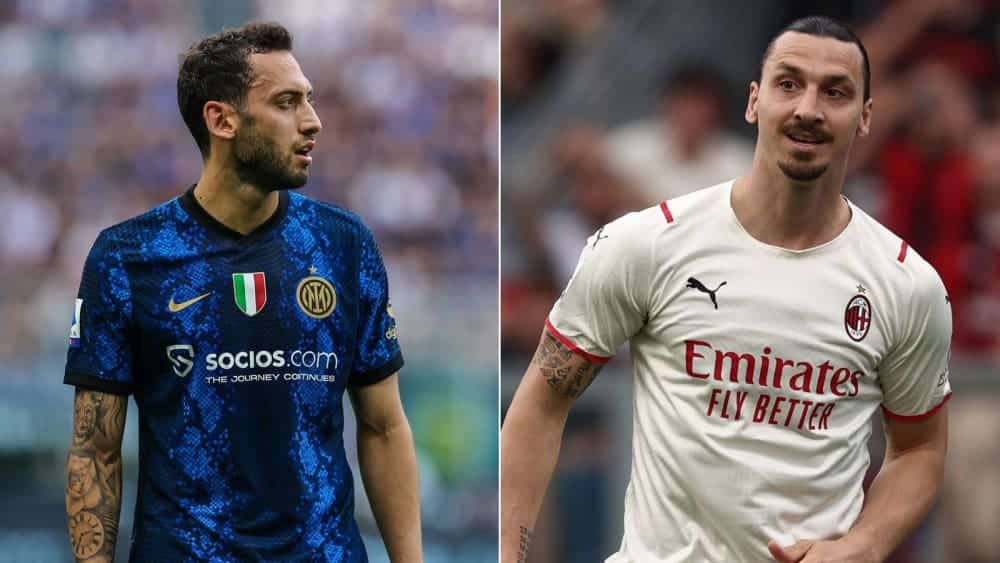 Not long ago teammates and friends, now at the centre of a public skirmish: Hakan Calhanoglu and Zlatan Ibrahimovic fill the summer hole in Serie A.

Moving from Milan to Inter was actually tricky enough. But the fact that his ex-club also became champions for the first time since 2011 in the first year after his departure to their city rivals has caused Hakan Calhanoglu’s standing with many AC fans to sink a little further. Anger turned to gloating.

And because Zlatan Ibrahimovic has fuelled both sentiments with relish in recent months and Calhanoglu has now let himself be drawn into a sharp counter-attack against the former teammate, Serie A is passing the summer break with a public feud.

In his latest book, Ibrahimovic recently accused the former Bundesliga professional (HSV, Leverkusen) of exploiting the European Championship drama surrounding Christian Eriksen with his transfer and only receiving an offer from Inter because of his cardiac arrest. At the championship celebration with Milan, the Swede then called on the fans to “send a message” to his ex-colleague – chants of abuse followed.

Calhanoglu’s response on Turkish TV station “Tivibu Spor” on Wednesday evening: “I wouldn’t do that if I were 40,” Ibrahimovic was, after all, no longer 18. “He hasn’t contributed anything this year, he hasn’t played at all. But he does everything to attract the attention of the fans.” And the book mention? It “had to be”, Calhanoglu teases: “Otherwise it would be empty. “

During their time together at Milan, he and Ibrahimovic had always spoken favourably of each other in public and had apparently also got on well in private. “He was always calling me, wanting to take me out to dinner and riding motorbikes with me.” They had “respected each other”.

That seems to be over. Although he “couldn’t care less” about Ibrahimovic’s statements and would “not answer him”, Calhanoglu did just that in his interview – thus preparing the ground for another episode.