Family and ceramics: How little Villarreal has held its own for years 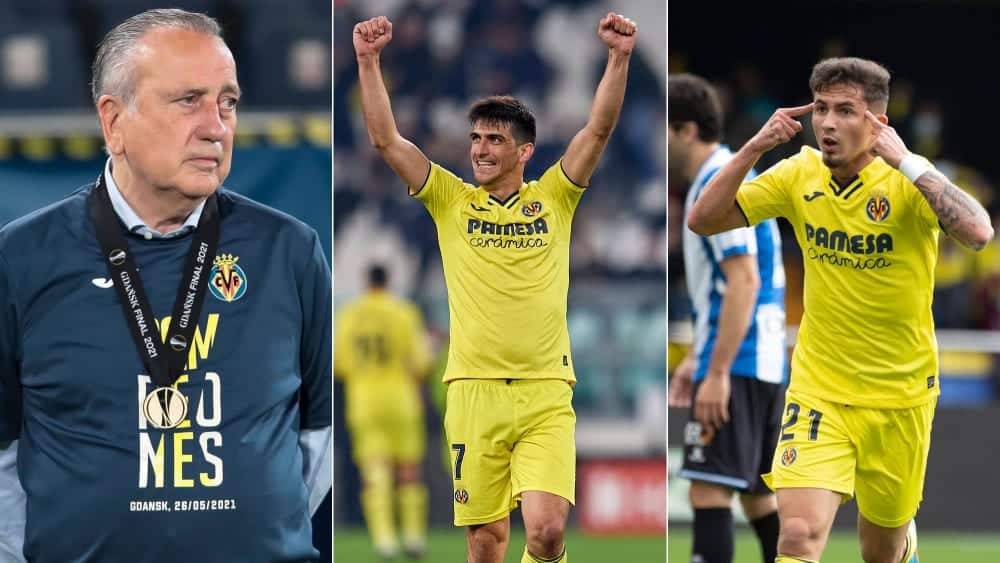 In 2006, Villarreal FC reached the Champions League semi-finals, in 2012 the “yellow submarine” was relegated to the 2nd division. After the Europa League title last year, dreaming is now allowed again. About the remarkable power in small things.

Looking at the last eight teams in this year’s Champions League season, Villarreal FC is unquestionably the glaring outsider. A look at the squad also reveals that. The fact that the La Liga seventh-placed team with a budget of 138.7 million euros cannot sign any world stars is obvious anyway. But it wouldn’t fit in with the family atmosphere of the city with 50,000 inhabitants.


This is why the squad has been overstretched at times this season. Villarreal were knocked out of the cup early on against second division side Gijon – and things have also been rather bumpy in the league, with qualification for the international competition still open. Since the beginning of March, the “yellow submarine” has lost to the even smaller clubs Osasuna, Cadiz (0:1 each) and in the dress rehearsal for the Bayern game at UD Levante (0:2).

Villarreal should show their Champions League face more often in the league, as they did in their impressive 3-0 win over Juventus Turin. Fernando Roig, however, is not even bothered by these slip-ups. Villarreal’s president is the main shareholder and one of the richest Spaniards in Spain. He bought the provincial club, founded in 1923, in the 1997/98 season – when it was still playing in the second division.

Roig turned “his” club into a leading force in Spain with sustained investment. Villarreal has one of the most modern sports facilities and one of the best youth departments in the country, and Roig has been in charge for 24 years, longer than anyone else in La Liga. After relegation in 2012, they immediately managed to get back up. At the last shareholders’ meeting, he promised: “We will continue to invest in infrastructure, youth and thus in the future. We are economically healthy and will remain so. “

For Roig it is a family business

The 74-year-old runs the club like a family business, with his son Fernando Roig Negueroles acting as executive director. And running a business is the Roigs’ passion anyway: the company “Pamesa”, which is also the main sponsor, is the largest tile producer in Europe. Roig’s private fortune is estimated at around 1.5 billion euros. The small stadium in which Bayern will be playing on Wednesday and which has a capacity of only 23,500 spectators is called “La Ceramica”, as matter-of-factly as it is affectionately. Ceramics, that is.

“Apart from us, there is hardly any other small club that is so successful,” writes Marcos Senna, ex-professional and now director at Villarreal, proudly in his kicker column on Monday: “Because we work in a well thought-out way. There are many investors in football where this is not the case and things don’t work out that way. By our standards, we are always at the top, almost always qualify for Europe, pay our salaries on time. The club is in balance, mainly because we invest well internally.”

Senna’s motto is therefore not the only one: “Money for sustainability instead of stars.” With Pau, Yeremy, Manu Trigueros or Samu Chukwueze, a number of professionals have emerged from the club’s own youth. Centre-back Pau (25) and striker Yeremy (19), who recently scored in the 5-0 win over Iceland, even made it into the Spanish senior national team on board the “Yellow Submarine”.

Senna on Gerard: “He is our Lewandowski “

The poster boy away from success coach Unai Emery, if there is any need for one, is surely goal-scoring ace Gerard. “He’s our Lewandowski,” Senna draws a big comparison. “When he’s not there, which unfortunately has been more often this season through injury, the team is a different one. He makes the difference.” The 29-year-old Spaniard is Villarreal’s all-time top scorer – despite only being at the club since 2018. 94 goals in 207 competitive games speaks for itself.

Even with a top-performing Gerard and his remarkably strong Dutch sidekick Arnaut Danjuma (five goals in eight games) in the top flight, Villarreal would remain the glaring underdogs. “There is no weakness in their starting eleven,” Senna wrote of FC Bayern: “I once still had the chance to play against some, including Müller. He is a star whose talent never dries up. He seemed down, now he’s flying again. Let’s just try to enjoy the games. “

Bayern’s round of 16 opponents Salzburg only managed that in the first leg.