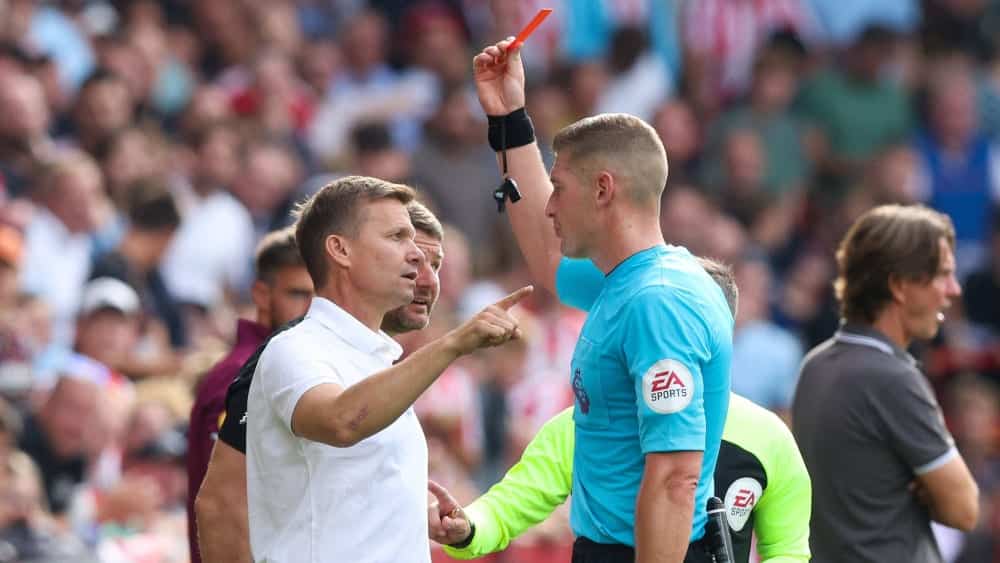 Coach Jesse Marsch has been suspended for Leeds United’s next game following his verbal outbursts in the defeat at Brentford FC.

US coach Marsch has been suspended for Leeds United’s next match after making a number of verbal outbursts and seeing the red card in his side’s 5-2 defeat at Brentford FC on matchday six. The English FA decided on the penalty on Friday.

But the former RB Leipzig coach will have to wait until he serves his sentence. The match at Manchester United scheduled for Sunday has been cancelled due to the upcoming state funeral of Queen Elizabeth II.

Leeds United are ninth in the English top flight with eight points after six games played.