Even more capital in Catalonia: Barcelona raises another 100 million euros 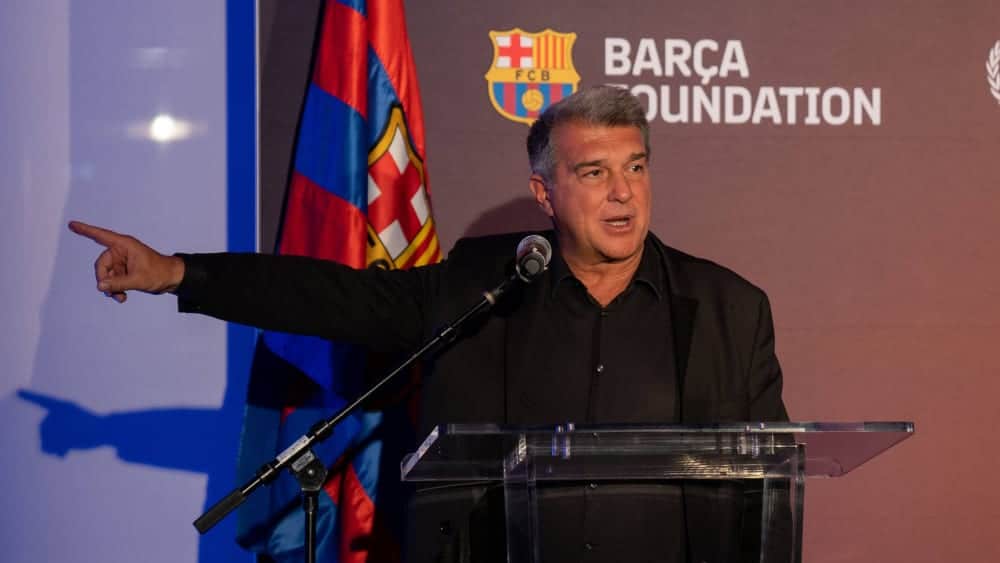 Barcelona has once again sold club assets. With the announced proceeds, the club is confident it will be able to register all players for playing time

Among others, FC Barcelona had signed Robert Lewandowski (FC Bayern Munich), Raphina (Leeds United) and most recently Jules Koundé (FC Sevilla) in the current transfer period. In order to be able to afford these new arrivals and register them for playing time, capital is needed in Catalonia.

That is why club assets were sold again: 100 million euros will be raised for the sale of a 24.5 per cent stake in Barça Licensing and Merchandising (BLM) to the company Socios, the club announced on Monday.

Already last week, the heavily indebted club (1.35 billion euros in liabilities) had sold for more shares of its league TV rights to American investment group Sixth Street. More than 500 million euros are to flow into the club’s coffers in return.

With the proceeds announced on Monday, the club now has enough money to afford the squad with German national goalkeeper Marc-André ter Stegen and numerous reinforcements, according to media reports. The Catalans spent at least 150 million euros on Lewandowski, Raphina and Koundé alone.

Laporta confident of being able to announce all players

Barça must, among other things, comply with requirements imposed by the Spanish professional league regarding total spending on player salaries. Club boss Joan Laporta said on Monday on the sidelines of the presentation of defender Koundé: “We think that we have now done all our homework and therefore we will be able to register all the players without any problems (for playing in Spain). “