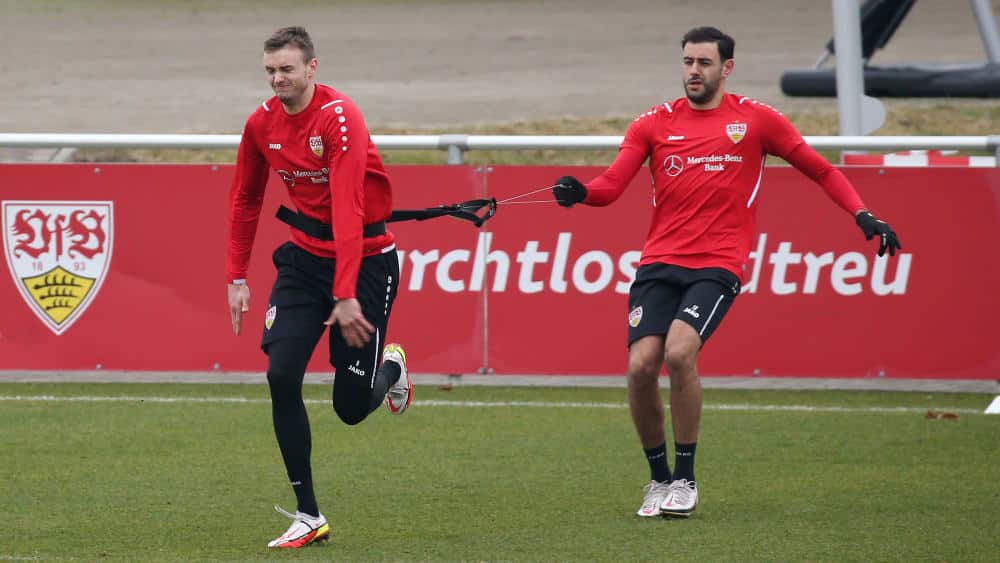 After a break of more than four months, Sasa Kalajdzic celebrated his comeback in Fürth, and over the full distance. A high load right at the start – which the Stuttgart attacker coped well with.

Everything, but really everything hurt after the game in Fürth, said Sasa Kalajdzic after the 0:0 last Saturday. Instead of 60 or 70 minutes at the most, the two-metre man had played until the final whistle. Afterwards, it was curious to see how he would cope with the high intensity. Now Pellegrino Matarazzo reports a relief.

“Sasa coped well with the game and makes a good impression in training,” says the Stuttgart coach, who is not exactly surprised. “He is an endurance type and copes well with such a strain, otherwise he would not have been able to last the 90 minutes. “

Kalajdzic has also been largely unaffected by the stresses and strains of the current training week. The peak in training this week was also completed without any consequences. According to Matarazzo, the striker feels “a little tired”, but this is normal. “Now it’s about getting back to freshness until the game on Saturday.” Then RB Leipzig will come to Stuttgart.

VfB’s hopes in the relegation battle rest on the international. The head coach doesn’t see the danger that this will make the team easier to calculate. “Sasa is a leading player who pulls the boys along and gives them support. But we must not rely on him alone. The others also have to do their job and create more scoring danger. We have already shown that we can score goals in different ways. “