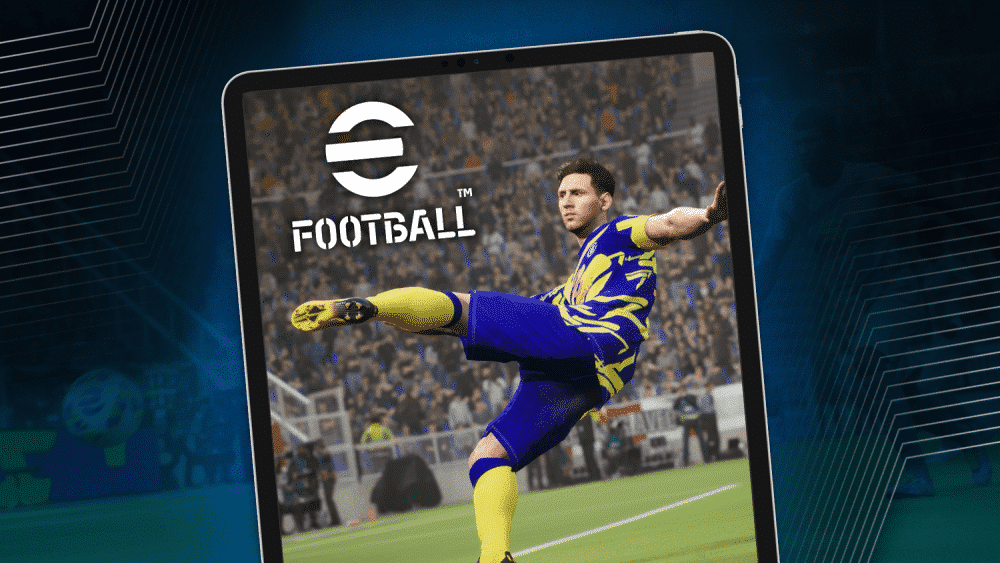 New updates in the queue for eFootball 2022. From 02.06.2022 the mobile version is to be released, 14 days later the second season will kick off. With it will also come further innovations.

About four weeks ago, Konami released version 1.0.0 of eFootball 2022, the first attempt to make up for the poor start. However, the mobile version is still missing from this portfolio. Because: from 02.06.2022, the kick-off is also supposed to be on mobile devices.


As the Japanese developer studio announced, the changeover to the new offshoot will take place via an app update. This means that, unlike in previous years, no new installation is necessary.

Special innovation: Future updates are to add controller support for mobile devices. This will allow mobile device users to compete against console players in online matches. This is made possible by the engine, because: Konami uses the same one for both platforms.

However, before the whistle blows on the update, Konami advises redeeming items received. Any unclaimed items in the inbox cannot be transported to eFootball 2022.

At the same time, the developer announced the end of the first season and the start of the second. This will begin with the update to version 1.1.0, which should be available from 16 June. Before that, the game will go into a maintenance mode – between 30 May and 2 June. During this period, test matches with some leagues and clubs will still be playable.

In addition, two new options are to be added from this period: Difficulty level “Beginner” and “Play time 10 minutes”.