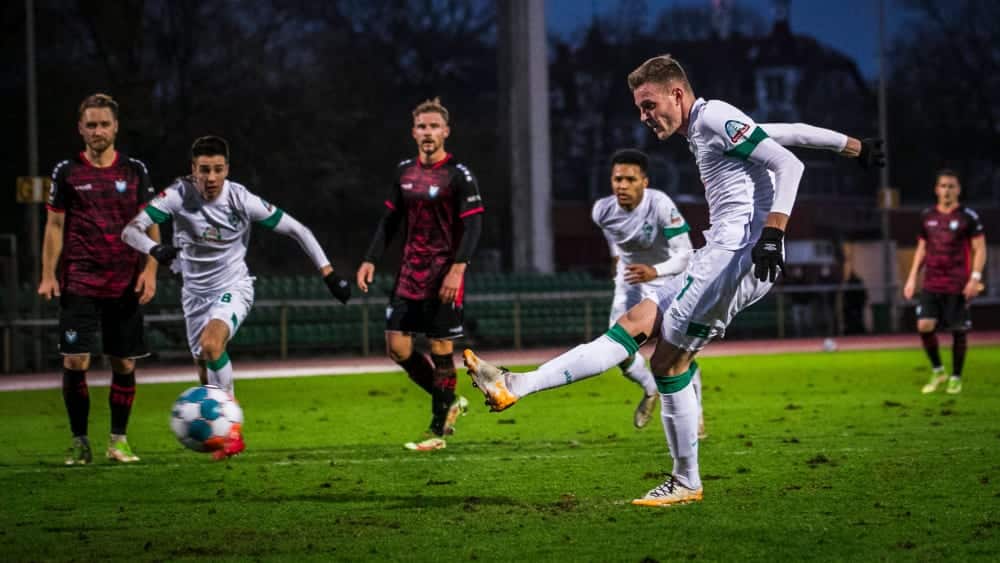 Werder Bremen won the test match against third league team Viktoria Berlin with 3:0. Especially in the first half, the SVW showed its class.

On “Platz 11” of Werder Bremen, the second-division club, which is currently struggling with Corona worries, made it clear from the start who was in charge in the first test of the short winter preparation. After just three minutes, the aluminium shook following a shot by attacker Dinkci. Shortly after the opening phase was over, it was 1:0 – Park finished cool from close range (16.).

Before the break, Ducksch calmly completed a penalty (37th) after a foul on Agu (36th). Dinkci, who was again not precise enough in his finishing in the 35th minute, also got his goal: from close range, the second striker in the starting eleven only had to push in (45th).

In the second half, the flow of the game was lost due to numerous changes. Joker van de Schepop missed the best opportunity for Bremen (74.). Viktoria Berlin had hardly any means against Werder’s largely secure defence. Zetterer (22nd, after a shot by Menz) and substitute Plogmann (89th, against Seifert) only had to intervene once.

“Overall, I am satisfied. We did some things quite well in terms of order and organisation. It’s also important that we played to nil,” SVW coach Ole Werner, who won all three games in the 2. Liga after taking up his post with Werder, said after the encounter.